Home Winner Collaborative Conservation of the Apse Mosaic of the Transfiguration in the Basilica at St. Catherine’s Monastery

Collaborative Conservation of the Apse Mosaic of the Transfiguration in the Basilica at St. Catherine’s Monastery

The Greek Orthodox Monastery of Saint Catherine at Mount Sinai preserves one of the world’s richest collections of icons, manuscripts and historic documents. Its location is sacred to Judaism, Christianity and Islam. The Monastery in its present form was constructed by the Byzantine Emperor Justinian and completed before 565 CE. This Basilica retains most of its 6th-century decorations, including the apse mosaic of the Transfiguration, a masterpiece of Eastern Christian art.

In 1995 the Basilica suffered serious damage from an earthquake. In 1999 the Getty Foundation based in Los Angeles (USA) provided funding for a detailed survey and conservation study which were undertaken by the Monastery’s Technical Bureau based in Athens (Greece). The Getty Conservation Institute (GCI) then recommended Centro di Conservazione Archaeologica (CCA) based in Rome (Italy), for the conservation of the mosaics and in 2000 granted funding for the CCA’s survey and assessment of the mosaics.

The restoration work by the Monastery’s Technical Bureau on the apse walls and roof was completed in 2011. The conservation work on the mosaics by CCA was completed in 2016. The project was supported by the Egyptian Ministry of Antiquities. Due to necessary monitoring of all conservation work, as well as due to political upheavals in Egypt, the official opening was delayed until 2017.

The jury highly commended “the European cooperation between the Italian conservation experts and the Greek Orthodox Monastery which was undertaken in close consultation with the Egyptian authorities and has resulted in high-quality conservation work on an element of such an outstanding World Heritage Site as the Monastery of Saint Catherine in Sinai. The documentation and quality of the work are exceptional”. 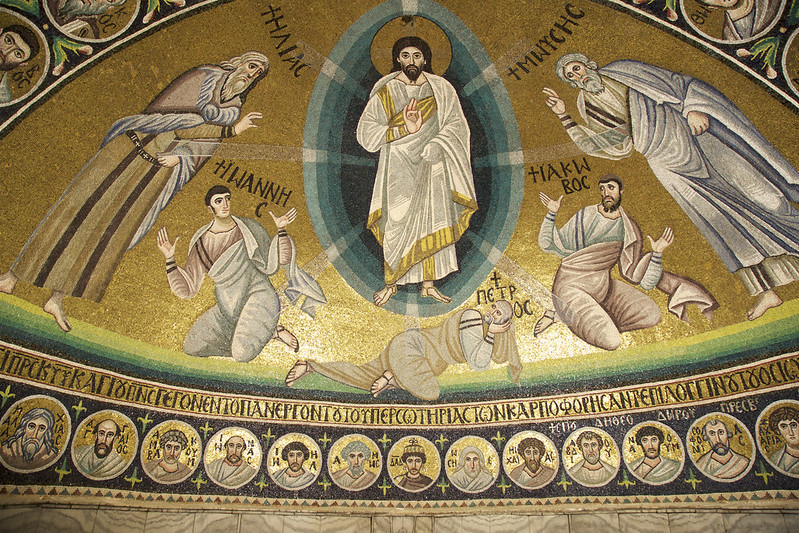 The CCA carried out a conservation programme for the detailed documentation, cleaning and consolidation of the mosaics in situ, the resolution of structural problems which were causing detachments of the layers, as well as techniques to restore missing pieces.

Scientific investigation allowed the conservators to identify the original materials and methods used in the construction of the mosaics and in subsequent restorations. The stages of curative intervention used materials compatible with the original mosaics, such as lime based mortars and glass mosaic tiles. The documentation process recorded each one of the 20,000 replacement tiles for subsequent retracing and this information will be openly published online.

The scaffolding system installed in the Basilica successfully isolated conservation works from normal church services. This meant that the project could be carried out over a period of years, without disturbing the spiritual life of the church.

The jury noted “the strong scientific and religious collaboration in most complex circumstances to create innovative technical solutions which made it possible to carry out conservation during religious services and in the most sacred part of the site”.