Dr. Barner’s Sanatorium is a unique example of the German reform movement of the early 20th century. The project to restore the Sanatorium was carried out by David Chipperfield Architects in partnership with the Monument Authority of Lower Saxony (Niedersächsisches Amt für Denkmalpflege) and the University of Applied Sciences and Arts in Hildesheim. The project received state funding as well as a grant from the European Regional Development Fund.

The sanatorium, a specialist clinic for psychosomatic medicine and psychotherapy, counts as one of the most significant Art Nouveau buildings in Germany. The jury noted that the Sanatorium is a “characteristic element of European heritage and is an important example of early 20th century architecture and interior decoration”.

This comprehensive project ensured the careful repair of the original building fabric, removed inappropriate repairs and interventions and reinstated the visual integrity of individual rooms and building elements. The project also modernised technical services and improve the existing fire protection measures, ensuring that the clinic, which is still used for its original purpose, could operate with as little restrictions as possible during the conservation works. 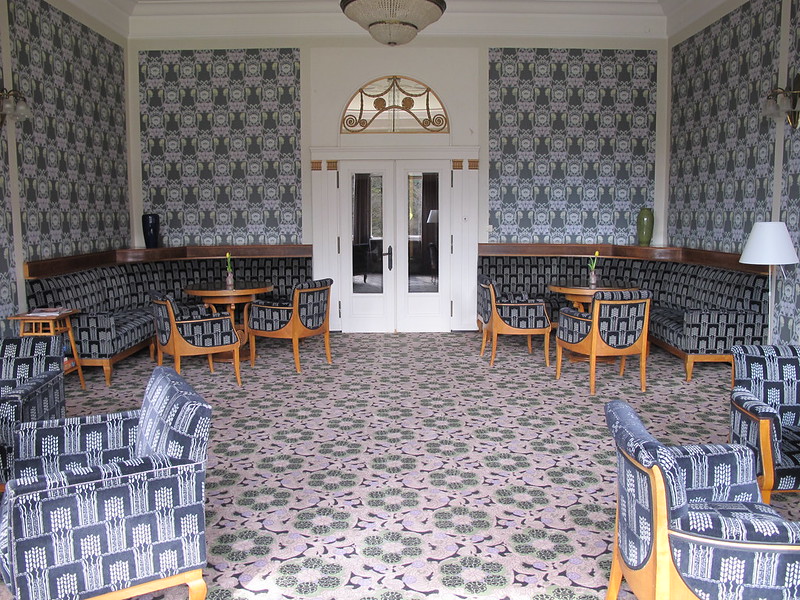 The conservation was strongly based in research which created a solid foundation for the holistic preservation of the architecture. As the last remaining example of this type of sanatorium in Germany, the building pays testimony to a significant medical, social and historic Central European tradition. The jury appreciated that “the Sanatorium is still in use as an institution and that the new additions are contemporary and compatible with the original fabric”.

In addition to the design team, numerous external national experts, committees and research institutes were integrated during the process. The jury emphasised “the use of traditional techniques which are rare in Germany. A considerable effort has been made to involve conservators with these required skills which has led to a good outcome and contributed to the high quality of the conservation which has an integrated and holistic approach”.