The construction of the medieval Arsenal began in the 13th century. Archaeological finds indicate that it was used as an arsenal since the 3rd-4th centuries AD. It was not until the early-17th century that the building achieved its present appearance, comprising a boatyard on the ground floor with a theatre and arsenal storage on the upper floor, which was adapted to a gallery and reception room.

The extremely demanding project to rehabilitate the Arsenal included documentation, research studies and a conservation report (1989-2005); the reconstruction of the load bearing structure (2005-2009); archaeological excavations (1994-1996 and 2014-2015); phases of reconstruction and renovation (2014-2018); and concluding work on the interior of the building, including updates to the theatre, gallery and reception room (2018-2019). 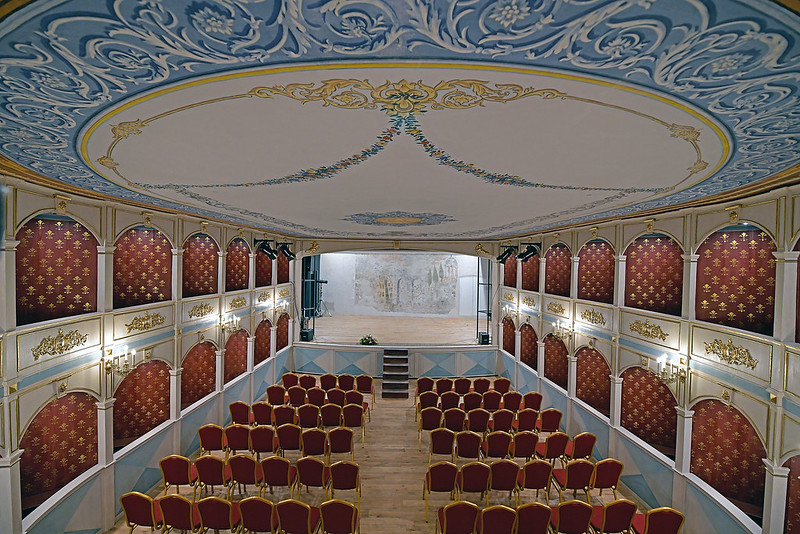 The ground floor space has retained its original character with exposed stone walls and arches while new multi-purpose facilities have been installed, providing Hvar’s citizens with a venue to host a wide range of cultural and social events. The original Venetian wooden beams are still present on the ceiling of the gallery on the first floor while some other original features of the building, most notably the frescoes and theatre boxes have been kept and restored to their original form.

The necessary new additions to the building were designed in a contemporary style, thus emphasising the original character of the building. These new components to the building’s historical layers have successfully evoked a dramatic meeting of old and new.

The Jury noted that “this respectful revitalisation project has adapted a very significant building to the modern needs of the community and adds a new cultural dimension to the tourism of the area. It represents a long-term effort to ensure the preservation of the Arsenal, a site of high heritage value. The stratification of the 16th-century building and the later 18th-century theatre has been properly recognised in the conservation works. These sites are evidence of a long history of international trade in Europe and are significantly located in the harbour area where they continue to play an important role as a place of connection”.