The Norwegian Museum Director and Co-Founder Tone Sinding Steinsvik – together with her late husband Kjell Rasmus Steinsvik – has saved, restored, rebuilt and successfully promoted the well known and much visited Blaafarveværket industrial complex in Buskerud, Norway. Over 50 years of intense and innovative efforts, these former cobalt mines and production works have been transformed into what is today a well-run and extremely versatile museum.

The complex contains 65 houses, more than 400 acres of land and a plethora of activities, including excursions into the mineshafts and galleries. The museum faithfully presents the important history of the mine and its workers to the approximately 170,000 visitors each year.

The famous cobalt blue pigment was mined primarily for use in the porcelain industry. The first customer of the mine was the Royal Danish Porcelain Factory, with pigments subsequently being exported to Europe and Asia from the 18th-century onwards until its closure in 1898.

In 1968, Mrs. Steinsvik took over the running of the industrial complex with the aim of establishing a museum. At the time, the remains of the whole industrial complex were in poor condition with the buildings often having been adapted for other uses. Securing the condition of the workers’ houses, manor house and other facilities were the first step and the focus was then placed on working to make the mine accessible to visitors. Mrs. Steinsvik was insistent on the maintaining the authenticity of the site, which meant retaining the buildings in their original locations and using only traditional techniques and materials in their techniques. 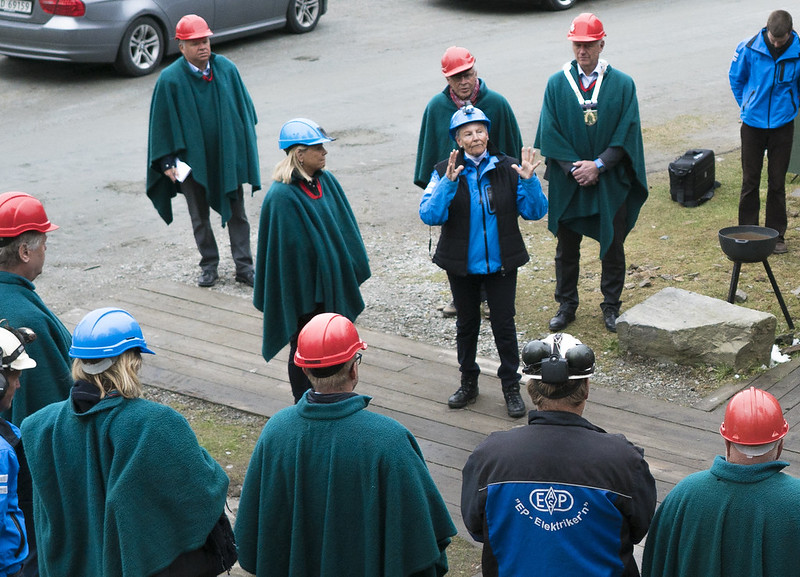 The great and rather daring idea of opening the museum and using art exhibitions to create a much needed income for the extensive restoration project has proved to be a sustainable one, and for some of the visitors it is perhaps the most important element of their visit to Blaafarveværket. During the renovation works, visitors could follow the developments first hand. Due to the inspired choices of themes and painters that have been presented at the museum over the years,  the yearly opening of the summer season is always an eagerly awaited event for Norwegian and international visitors alike.

“Mrs Steinsvik, together with her late husband, has saved, developed and opened to a large public a large area containing cobalt mines, worker’s quarters, the manor house and other facilities of the cobalt mine industry. She has dedicated 50 years of her life to the work, which enjoys popular support”, the jury said.