The Museum of Fine Arts

The building of the Museum of Fine Arts is found in Hősök tere (Heroes’ Square) in Budapest, an area of great importance to Hungarian history. The museum was built between 1900 and 1906, based on the plans of the architects Albert Schickedanz and Fülöp Herzog. By the middle of the 20th century, the museum had undergone a number of inappropriate alterations to its layout, a direct result of changing attitudes and trends in heritage and architectural appreciation. This resulted in a number of long-term conservation issues. The project to restore the museum’s layout and decoration was a collaboration by the Museum of Fine Arts, the architect István Mányi and the construction company Magyar Építő Zrt. The project was financed by the Government of Hungary.

The Museum of Fine Arts is one of the most prominent in Europe with rich collections including a number of masterpieces. The museum is a rare example of eclectic architecture, being not only a museum but also a parade of architectural history featuring major styles. The building, similar in type to 19th-century European museums, includes a sizeable arcaded yard, the Renaissance hall, with Ionic and Doric chambers on its two sides, the Romanesque hall, the Baroque hall and the Michelangelo chamber, each designed to evoke various architectural styles and vibrantly decorated with colourful tiles and murals. This was intended as a didactic feature of the museum as these were styles not present in Hungary or which had typically been lost. It is therefore a notable example of museum trends in the 19th century and early 20th century, when it was common to establish collections of copies of medieval and Renaissance masterpieces.

The architecture of the Museum of Fine Arts subsequently went out of favour in the intervening years and the building was subjected to a number of inappropriate additions, implemented to meet the growing demands of the museum. However, these alterations had a negative impact on the layout of the building. In the case of the Romanesque Hall, the extent to which this architecture lost its value in the 20th century is evidenced by its closure to the public and its use as a storage area for many years. 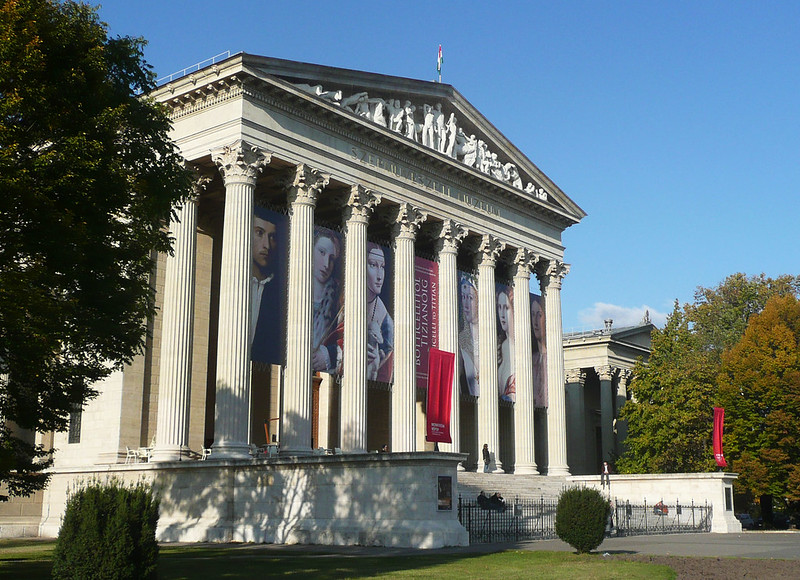 The museum has now been reopened since 2018 after a three-decade-long process to correct the damage caused by these inappropriate changes, and to integrate new facilities to meet the needs of a modern museum. The museum remained functioning throughout this extended period and visitors can now experience the museum as its designers had originally intended.

The Jury remarked that “this is an excellent recuperation of the splendour of an early 20th-century museum. It represents a long-term and thoughtful effort to reinstate the Museum of Fine Arts in Budapest – an important institution in Europe – and is underpinned with a thoughtful philosophical basis. The modern interventions have been properly integrated and are appropriate for the additional needs of the museum”.