May 07, 2020 | Education Training and Awareness-Raising | Turkey

Safeguarding Archaeological Assets of Turkey (SARAT) is an educational and awareness-raising project that has had a considerable impact on the protection and appreciation of Turkey’s rich, diverse, and at times threatened, archaeological heritage. SARAT carried out four interconnected programmes to strengthen the skills and increase knowledge and awareness of heritage amongst heritage professionals, heritage-related people and the general public.

SARAT was developed and initiated by the British Institute at Ankara (BIAA) in partnership with the Anatolian Civilizations Research Center of Koç University (ANAMED) and the United Kingdom branch of the International Council of Museums (ICOM UK). The three-year project, which ran from April 2017 to March 2020, was supported by a large grant award by the United Kingdom Cultural Protection Fund which is an initiative of the Department for Digital, Media, Culture and Sports and the British Council.

The four central activities of SARAT are: the online certificate program on ‘Safeguarding and Rescuing Archaeological Assets’ which consisted of a 20-lesson course, in Turkish, on disaster risk management and emergency preparedness for cultural heritage; a public opinion poll to understand how Turkish people perceive archaeology, followed by a number of workshops entitled, ‘Archaeology in the Local Context’, designed to share the results of the opinion poll and to offer ideas to increase the role of heritage in the lives of the communities; workshops with journalists to enhance the quality and accuracy of news reporting in archaeology; and finally, interviews with registered antiquities collectors in Turkey. These were intended to raise awareness of the damage caused by looting and the trade in archaeological objects and to promote the scientific value of archaeological data. 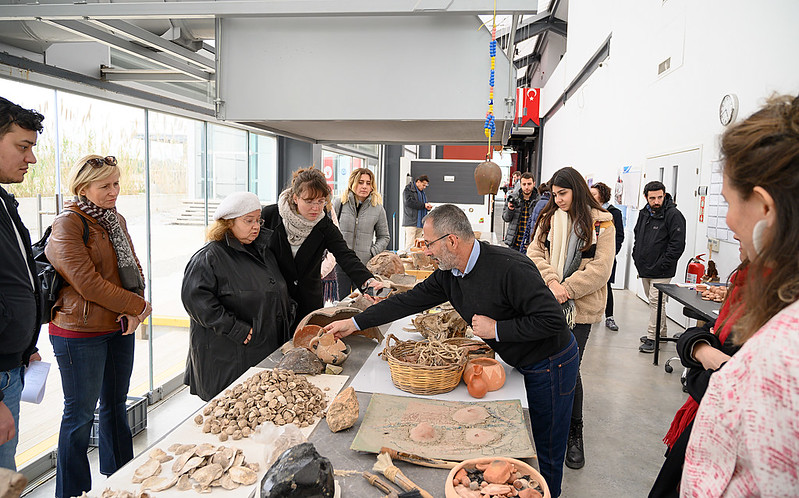 Through the online course and the public opinion poll, SARAT has reached thousands of people across Turkey from diverse educational, professional and social backgrounds. The success and popularity of the project can be attributed to its understanding of local needs and its use of the local language, as well as the high-quality design of each activity. The project was designed as a replicable model, in the hope that its success in Turkey would inspire similar projects in Europe and further afield.

“This is a new and innovative approach to awareness-raising in Turkey. It has approached the problems facing archaeology from diverse perspectives with a focus on education and the media and it has addressed problems relating to archaeology as a discipline and its management. The project’s public focus is excellent and it does this by inquiring about public views and offering training and capacity-building. It has increased the awareness of the complexity and importance of archaeology, contributing to its care and in situ protection. The initiative has effectively changed the media’s language around archaeology for the better. Its impressive numbers and the rapid uptake of participants for all activities is evidence of its success. The multi-disciplinary design team of both academic and non-academic experts ensured that the regionally diverse and inclusive programme was professionally executed and of high-quality”, the Jury noted.