Home Winner The Secret Life of a Palace

The Secret Life of a Palace

This project raised awareness of the lesser known history of the Royal Palace in the town of Gödöllő. From the 1950s until the fall of the Hungarian socialist government in 1990, the Palace was divided in two: one part was assigned to the Metropolitan Nursing Home, while the barracks of the Soviet army was set up in the other part, with a number of apartments also assigned to some army officers and their families. This ambitious educational and awareness-raising project closely involved a group of young students aged 12 to 18-years-old. They contributed to the development of a concept, to the researching of the history of the Palace and to the design, building and marketing of an exhibition. The project was entirely self-financed by the Royal Palace of Gödöllő.

In the period following World War II, the extensive 18th-century Palace quickly deteriorated. In 1990, with the nursing home having closed and the Soviet troops departed, a period of restoration and reconstruction quickly commenced to return the Royal Palace to its former splendour, erasing many traces of its 20th-century history. In an effort to rediscover this period of the site’s history, the museum and the group of dedicated students began gathering the memories of the surrounding community by conducting and recording interviews.

The residents, the majority coming from the older generation, were interviewed by the students about their relationships with the Soviet soldiers and the residents of the nursing home, their experience of working there, and local customs and special events. The students reported that they were surprised to learn that many residents had good memories of this period and recalled the friendships with the Soviet soldiers, some of which endured long past the army’s departure. This oral history has now been preserved for the future. 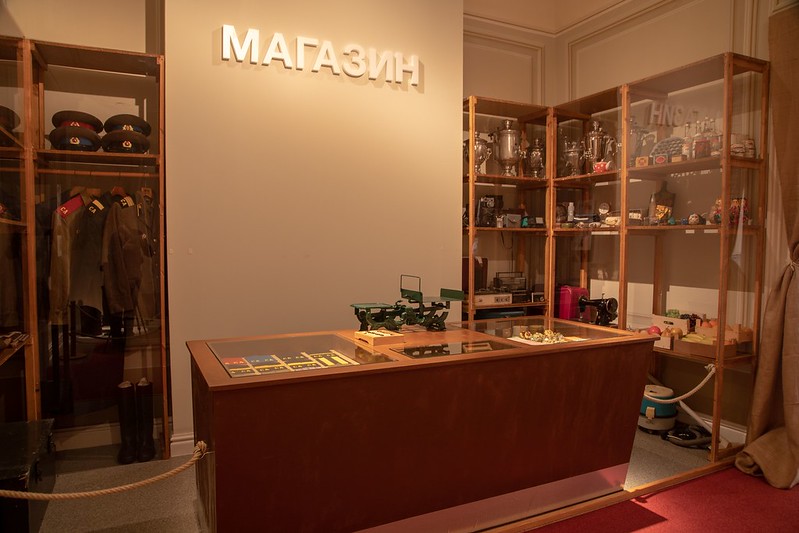 The students were given some basic training in exhibition planning and were guided in their research in the military archives. In addition, students contributed to an archaeological dig in the cellar of the palace and uncovered and cleaned some artefacts. The exhibition consisted of a number of rooms which were recreated to resemble what the barracks, the apartments and the nursing home looked like and were complemented by the oral histories and artefacts. The students also acted as tour guides and organised thematic events. The exhibition has a special European significance, providing insight into the post-war period at a local level. A number of the students have continued working at the museum and want to embark on professional careers in the field.

“Young people were the active agents in all aspects of The Secret Life of a Palace project. Giving the young people such a prominent role has led to the capacity-building of this group under the supervision of expert museologists. Much communication was made with the original stakeholders of this history. In collecting their oral testimonies, the local community was involved from the very earliest stages. Their stories have now been collected and persevered and this difficult and complex heritage has been reinterpreted by the young people for a new audience. The online exhibition ensures greater accessibility and outreach”, the Jury said.