El Cotarro is a group of more than 157 underground wineries and 7 cave wineries in the small town of Moradillo de Roa in the province of Burgos, Castile-León. The wineries, many of which have subterranean cellars, are all carved in stone and are located on the hill of the Church of San Pedro. The first records of these wineries date back to 1550. Though the tradition of wine-making had continued, many of the caves had fallen into a poor state of conservation with serious problems stemming from water ingress. The conservation and rehabilitation of this important heritage has now been assured, thanks to a comprehensive programme for its care undertaken entirely by the inhabitants and municipality of Moradillo de Roa.

To solve the problem of water management in the wineries, a survey of the area with its geological features and of the various constructions was undertaken. With this data, it was possible to identify how the rainwater circulated through the hillside. Workers could then solve issues relating to the accumulation of water, which had previously resulted in leakages and landslides. To coordinate their efforts to revitalise the area, the owners of the wineries created a Commission for Maintenance and Conservation. Original materials and techniques were used throughout to preserve the original character of the heritage.

In addition to the efforts made to restore the wine caves, the most important aspect of this conservation project was the revitalisation of the surrounding community in this rural setting who still enjoy a deep connection to their heritage. A notable awareness-raising campaign has been maintained via an active presence on social media and through carefully thought out audiovisual material. A 3D virtual tour of one of the wineries has also been created. Visitors can also enjoy guided tours of the wineries and underground caves to learn about the traditional methods of winemaking. 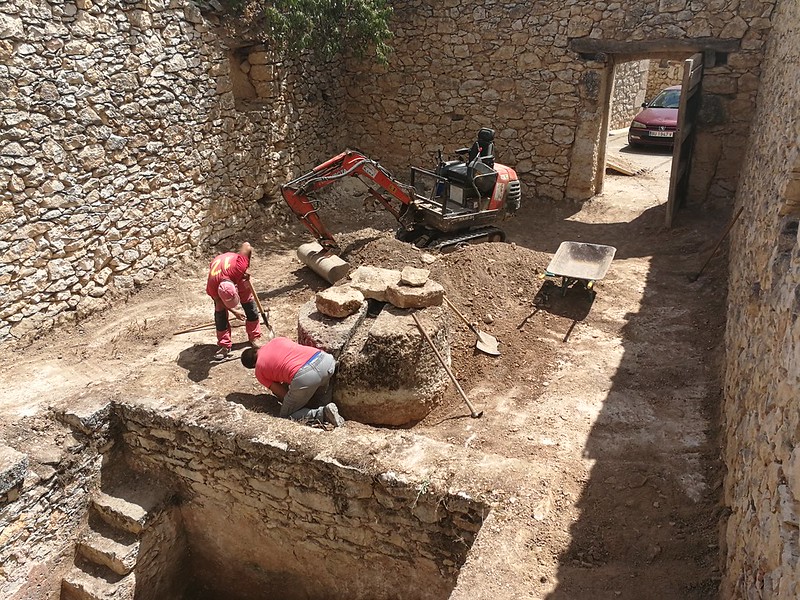 An exhibition about the wineries and their conservation has been created in the town hall and visitors can also taste the white wine that is still made using traditional techniques. In addition to this, efforts have been made to re-establish a native white grape variety called “albillo mayor”, to recommence the making of wine in “lagar” (a traditional press dating to the mid-18th century), and to reinvest revenue from the sale of wine into the conservation activities. These additional initiatives have transformed El Cotarro into a sustainable tourist destination on the Ribera del Duero wine route and in turn given a new lease of life to the community.

The Jury concluded that “this project is a wonderful example of a response to rural decline, a problem that is present throughout Europe. The conservation of a cultural landscape, including its tangible and intangible heritage, has been assured through the conservation of the subterranean caves as well as the revitalisation of traditional crafts through the existing traditional wine-making techniques. Entirely owned, implemented and self-funded by the local community and volunteers, the community has sustained their heritage by attracting locals and tourists alike”.