Restoration and reconstruction of a baroque synagogue (1795) to preserve a unique monument, create a memorial and establish a new cultural community centre. This is one of the oldest synagogues in Hungary and the only one whose lavishly ornamented 18th century interior has survived in its original form. 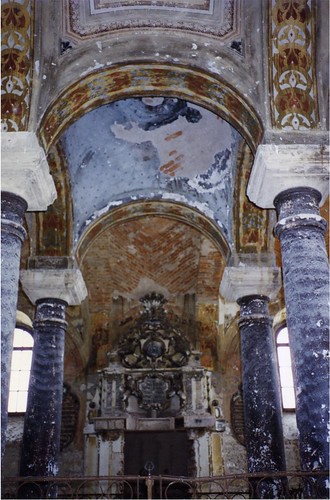 The principal tasks were to uncover, fix and reconstruct the paintings of the ceiling, the structure of the Bima and the Torah-Shrine; the restoration of the damaged stone structures; as well as the design and replacement of the missing interior furniture. This valuable monument has now been preserved for future generations as a memorial and as a new community cultural centre. The successful partial reconstruction provides a valuable model for the revival of neglected synagogues throughout Central and Eastern Europe, thereby contributing to enhancing a community’s identity.

“For the scientifically founded restoration and reconstruction of the badly damaged structure and rich interior decoration of a dilapidated synagogue that had lost its community.”