The Bač Fortress began construction in the 14th-century with additions made in the 15th- and 16th-centuries and is a listed national monument. The project “Centuries of Bač” was initiated in 2006 to research and increase knowledge about the area of Bač; to implement key conservation principles in its preservation; to find a sustainable use for the site; and to raise awareness of its value among the wider community.

The conservation and rehabilitation of the Bač Fortress has been a central part of this project. The project was carried out by the Provincial Institute for the Protection of Cultural Monuments – Petrovaradin, and supported by its partners: the Fund for Preserving Cultural and Historical Heritage “Centuries of Bač”, the University of Novi Sad Faculty of Technology and the Museum of Vojvodina. The project received financial support from regional, national and international sources including EU funding.

The project has successfully integrated the Bač Fortress into the life of the local community and has found a sustainable use to ensure its future. It has been restored, its archaeological remains preserved and its interior transformed into a visitor centre and exhibition space which helps visitors to interpret the wider cultural landscape of Bač. It has also become a centre where professional knowledge about heritage conservation and management is gained, enhanced and shared. For the past 15 years the Fortress has also been the regional central point for the European Heritage Days, an initiative of the Council of Europe. Due to the success of this project the Bač Fortress was listed on UNESCO’s Tentative List in 2010, as a part of the “Historical place of Bač and its surroundings”. 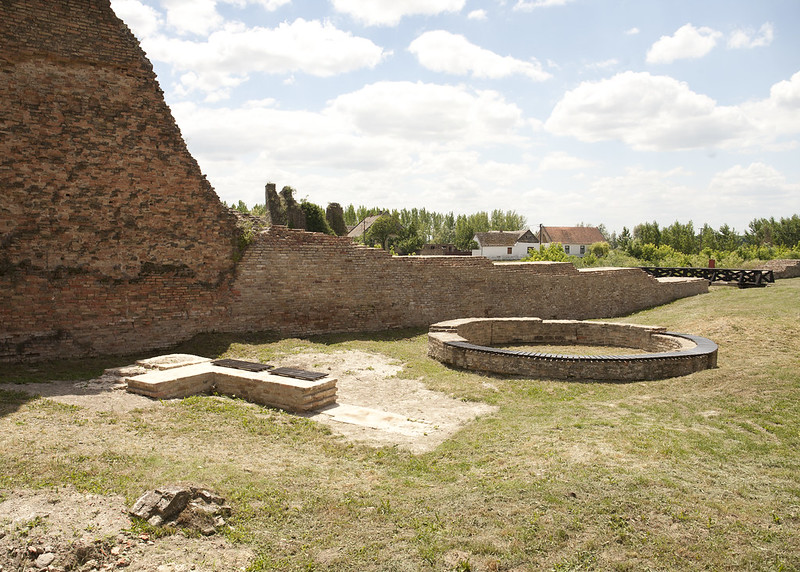 “This project is an exceptional example of heritage preservation based on interdisciplinary collaboration. To achieve this, the project leaders have made use of European resources to research and carry out necessary preliminary investigations, which in turn has led to the implementation of a correct management strategy. A sustained effort has been made to maintain the aspect of the ruin through careful conservation. In addition there is a strong educational component relevant to the entire region”, the jury said.

The town of Bač shows influences of Romanesque, Gothic, Renaissance, Byzantine, Islamic and Baroque styles, along with examples of vernacular architecture. The built heritage pays testimony to the cultural diversity of the area, linking the Balkans with Central and Western Europe. Some of its most iconic structures are now listed as national monuments: namely the Bač Fortress, the Bodjani Orthodox Monastery and the Franciscan Monastery of Bač. “The Fortress is located in close proximity to the Danube, a river which has provided a link between many European countries”, the jury noted.