Tramontana Network III is an in-depth study of the intangible heritage of rural and mountain communities in Europe which aims to safeguard and revitalise this heritage through its documentation and wider dissemination. The research study is the result of a partnership between eight main partners coming from five different countries: France, Italy, Poland, Portugal and Spain, with more than 50 associated entities. The project benefited from the support of the Creative Europe programme of the European Union, which funded 60% of the project, the remaining part being covered by the partners.

When selecting the Tramontana Network III to receive this year’s Grand Prix in the category Research, the Board of Europa Nostra emphasised: “Rural mountainous communities throughout Europe have an extremely rich and diverse cultural heritage, both tangible and intangible. The transborder and cooperative nature of the Tramontana Network III project is a strong example of the importance of research as a driver in equipping these communities with the necessary tools to preserve and celebrate their heritage.”

Today, the intangible heritage of rural and mountain communities faces many threats, such as decline in the knowledge of and practice of these traditions, the destruction of the environment and landscape, and marginalisation in the midst of globalisation. The communities themselves also face numerous social issues, such as a rising rate of youth unemployment. Such challenges, however, have also provided the opportunity to establish new resources and to research and experiment with new forms of social, cultural and economic cohesion.

The intangible heritage of rural and mountain communities is immensely diverse and rich, with its documentation being of paramount necessity for its preservation and revitalisation. To that end, the Tramontana Network conducted research, created publications, organised artistic workshops and cultural events, and directly supported artists in these areas. The communities’ involvement in these processes was crucial as access to this heritage is often limited. 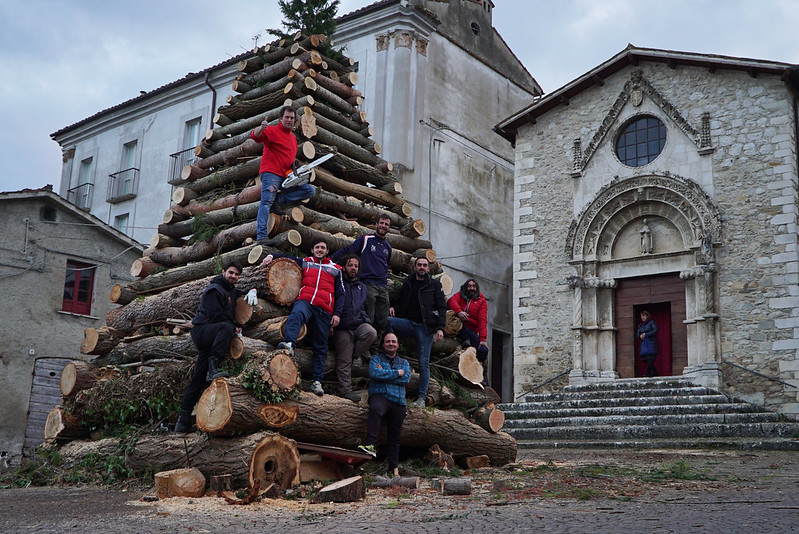 The Tramontana III Network Project broadens and builds on the work completed during the Tramontana I Network project (2012-2013) and Tramontana II Network project (2014-2015). In these earlier phases, the Tramontana network conducted over 1,200 field surveys related to linguistics, anthropology, soundscapes and ethnomusicological among others. Photographic, written and audiovisual recordings were collected. A database with this material is now available on a well-designed internet portal and is of considerable importance to the study and promotion of the culture of these regions. In addition to the research activities, seminars, educational activities, multimedia exhibitions and screenings have also been organised in collaboration with numerous institutions, universities, schools, foundations, libraries and museums.

The results of the research were also utilised in the creation of a cooperative educational programme. This involved the 8 project partners – namely Binaural Nodar, Audiolab, Akademia Profil, Bambun, Eth Ostau Comengés, LEM-Italia, Nosauts de Bigòrra and Numériculture Gascogne – each creating a project involving every other partner, to encourage international cooperation and cultural exchange.

“This project promotes an idea of European identity, and specifically mountain heritage, which is common throughout Europe. It is an excellent example of international cooperation between the researchers with expertise in diverse fields of study. The methodology used in the project is replicable across Europe and has the potential to be applied across the continent”, the Jury said.