The first Spanish Premonstratensian abbey, founded in 1146, and one of only two such abbeys to have survived destruction, was restored between 2006 and 2012. Despite its status as a cultural heritage site, it was in ruins. Accurate intervention for maximum preservation of authenticity was applied, taking into account the ancient founders’ vision and values. The restoration transformed the abbey and grounds into a new hotel estate: Abadia Retuera LeDomaine. The river landscape was replanted. Several original artworks were restored and a unique museum of international interest established, displaying stone sculptures from a German collection. Acres of vineyards were replanted and the Abadia Retuerta Winery has reached international stature. Abbey, winery, landscape, art, architecture and history have thus been embodied into a new exclusive hotel giving the abbey a vital new role in this century and ensuring its continued safety in the future.

“The Jury greatly admired this complex restoration as a model for the re-use of important buildings whose original purpose has gone, but can be sensitively adapted to new sustainable functions. They appreciated the historic and technical research done in different fields such as architectural style, the ancient Roman hypocaust “tempering” system, non-invasive sustainable energy technology, art restoration and historic landscape. The three guiding principles of the Premonstratensians community-oriented order – work, tranquility and hospitality – have been successfully carried into the present, as well as ideas about the meaning of historical layers and the spirit of place.” 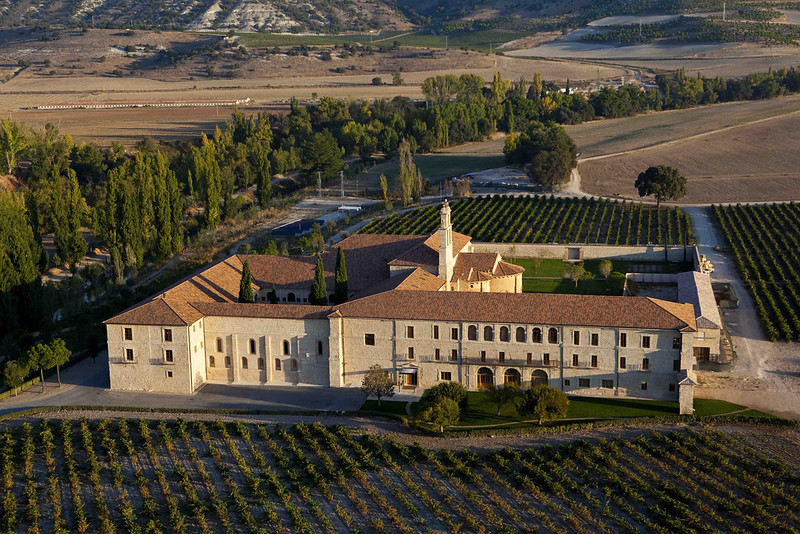