“The Messene Project has been awarded because its large scale conservation and restoration interventions have revealed the qualities and the significance of the administrative and religious centre, as well as the public space of this outstanding Hellenic city of the 4th century B.C., thus considerably enriching the classical heritage of the whole of Europe. The works that have been carried out have transformed incomprehensible ruins into a well-organised archaeological site that blends naturally with the landscape. Furthermore they have permitted the social recapture of ancient public “theatrical” buildings, such as the Stadium or the Ekklesiasterion for the performance of high standard contemporary artistic events and other activities.”

Messene was founded in 369 B.C. as the capital of liberated Messenia by the Theban general Epaminondas, after the battle at Leuktra (371 B.C.). Systematic excavations conducted by the “Archaeological Society of Athens” brought to light the city-centre with all its architectural complexes, public buildings, sanctuaries, funerary monuments and urban villas, as well as numerous artefacts, notably statues, inscriptions and coins. 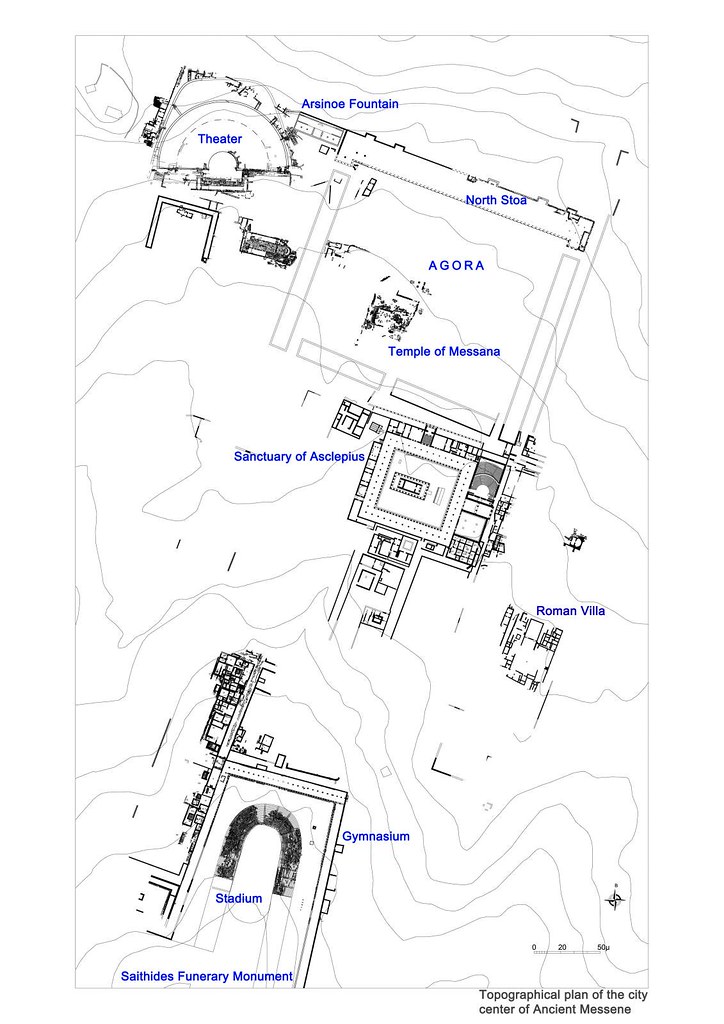 Efforts were concentrated on the conservation, restoration and enhancement of the excavated area and its monuments, which aimed at giving them their original form and rendering them both accessible and understandable to the public. Among the monuments consolidated, conserved and restored, are in particular the Stadium-Gymnasium architectural unit, the sanctuary of Asclepius, the temples of the goddess Messana in the agora, and Artemis Limnatis and Eileithyia on the slope of Mount Ithome, the Fountain House of Arsinoe, and several funerary monuments located within the walls.