The world’s first iron/steel hydraulic boat lift/canal locks (1875) were restored into a working state to provide an operational waterway link and a visitor attraction. It is now a Scheduled Ancient Monument. 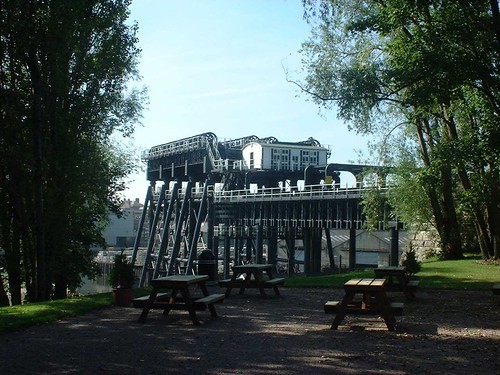 This type of impressive engineering lifts building-sized ‘bathtubs’ full of water and boats in a see-saw manner up and down between two levels of the canal. The surrounding site was renovated to make it attractive to visitors. The technical and commercial experienced can be used by partners in EUrope to restore and develop their own lifts.The success of the project has been recognised through awards received in the United Kingdom.

“For the hugely demanding restoration of an important and extraordinary industrial monument, and its return to the use for which it was originally intended.”