“This project’s award recognises the exceptional achievement of turning a terminal station – typical for 19th century railway architecture – into a through station – a bare necessity in the 21st century – while returning the monumental railway station building to its former glory. The jury appreciated the immense quality of the work executed in all its elements, from the outstanding conservation of the station building with its huge canopy, to the creation of the 3 level railway underpass. New and old, contemporary and historical, are found to be in perfect symbiosis with each other. The positive interaction of the refurbished station with its surrounding urban landscape proves that the preservation of the existing station was the only option and that the technical challenge of creating an effective thoroughfare had to be surmounted. Demolition would have been too easy and would only have resulted in the destruction of the urban landscape.”

Antwerp Central Station has been the “Railway Cathedral” for two centuries. The National Belgian Railway Company, SNCB-Holding, took up the challenge to transform the 1905 station into one meeting 2010 technological requirements and social needs, while still respecting its cultural heritage. The monumental architecture of the station has been painstakingly restored and integrated within a new structure by the architects, creating a dynamic blend of old and new, of stone, and brick and concrete. The 3.8km tunnel drilled under the existing station allowing high speed trains to travel between Amsterdam and Brussels, took eleven years of work, yet did not interrupt traffic. 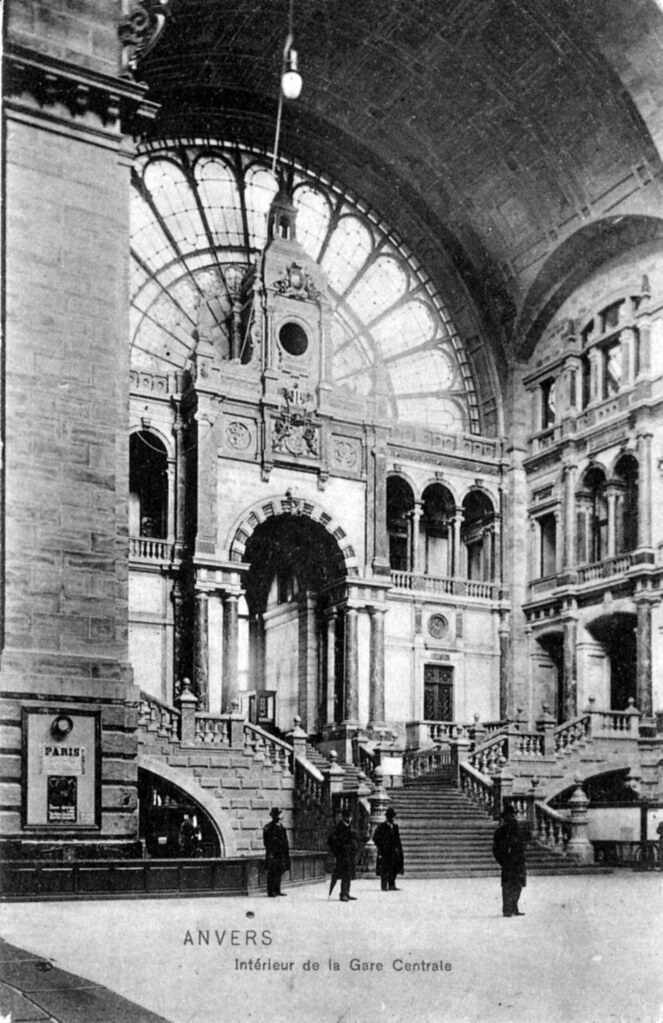