Home Winner Archaeological site of Skarkos on the Island of Ios

Archaeological site of Skarkos on the Island of Ios

Skarkos is the largest, most important and best preserved Early Bronze Aga Cycladic settlement known to date. Consequently, it has significantly enriched our knowledge not only of the development of Ios Island, but also of the entire Cycladic archipelago during the third millennium BC. Within the framework of the project, the ruins of the settlement as well as the traditional buildings and structures of the picturesque pastoral setting have been conserved. The traditional paved path providing access to the site has been carefully restored. The entire site has been presented to the public with sensitivity, and all the conservation work done is in complete keeping with the setting. No new buildings have been erected, unlike at most other archaeological sites. 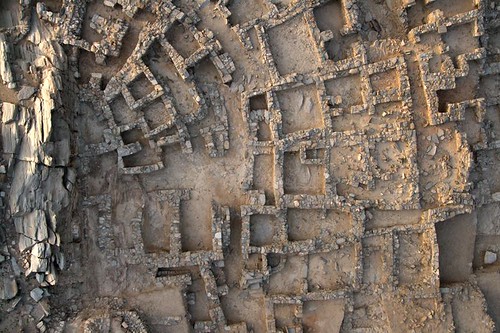 Necessary buildings have been created by renovating and converting existing traditional buildings and structures. Simple stone benches and a carefully adated small stone theatre are the only new additions to the site. All construction work made exclusive use of traditional Skarkos area dry-stone-wall construction methods, and local stone.