Grand Prix
The Armenian Church of St. Giragos in Diyarbakir, in the south east of Turkey, a region now mainly populated by Kurds, may have been of 17th century origin, although some contend that it was completely rebuilt in the 1880s. The building suffered from appalling deterioration late in the 20th century following the decline in the local population of Armenians. The roof collapsed and the structure became derelict.

Its restoration, which has involved a good deal of totally new building, began a few years ago, thanks to the efforts of the St. Giragos Church Foundation, non-governmental groups and concerned individuals. These contributors were anxious to protect this valuable cultural asset and to re-establish it as both a religious and cultural centre. They were joined at a later stage with generous additional help from the local authority which enabled the repairs to be extended to the parsonage, chapel, and other buildings on the site. The project has been a success story in local cooperation. 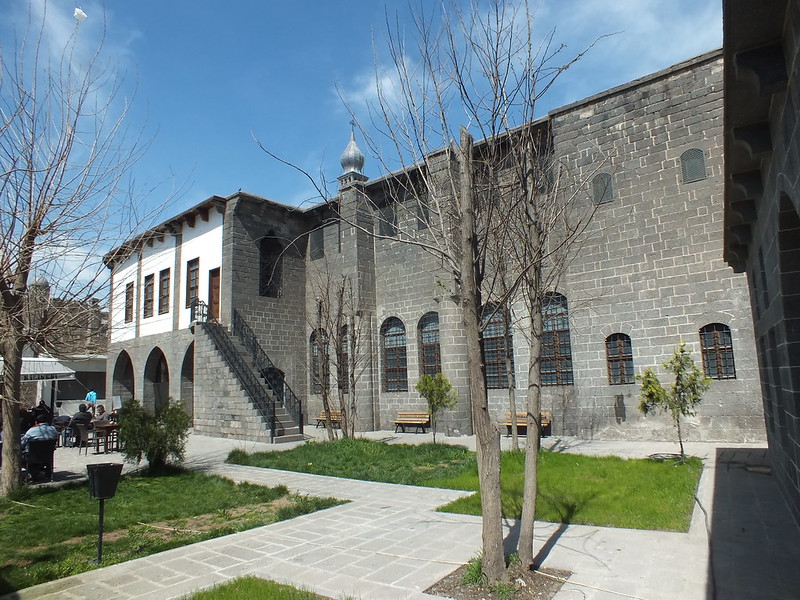 It was this demonstration of local support which particularly impressed the Jury. The efforts to restore the main church of the Armenians in this place, after the exile of its people, is an outstanding act of reconciliation for the city and its citizens. The project developed as a result of extensive research into old documents for the re-erection of the lost elements, mainly the roof, the bell tower and interior furnishings. The involvement of the Armenian community themselves in the restoration of the monument has contributed immensely to the improvement of peace and social integration of its people, attracting also visiting Armenians from all over the world.