ARTZUID – Sculptures and Architecture in Amsterdam

“By the powerful effect of these works of art set in the magnificent green urban spaces designed by H.P. Berlage, this outdoor sculpture exhibition attracts positive attention to a major achievement of European urban planning. Carried out by an initiative of the inhabitants and supporting sponsors, ArtZuid has influenced the attitude of the authorities, attracting major public attention and thus contributing to the sustainable protection of the area. By uniting visual arts with architectural space, the project has renewed the daily living environment for the inhabitants. The jury hopes to highlight the importance of our 20th century built heritage and the decisive role which inhabitants can play in its conservation. They equally appreciated the subtle and joyous manner adopted to defend this architectural heritage.”

The ArtZuid Foundation in Amsterdam was established in 2008 to draw attention to the almost one-hundred year old urban design of the architect H.P. Berlage in the Southern part of Amsterdam, the so-called Plan-Zuid. The Foundation took the opportunity to restore the original function of the neighbourhood’s spacious avenues by initiating in 2009 the biennual international sculpture route ARTZUID: Apollolaan and Minervalaan are now again places where people can go and meet each other and enjoy outdoor recreation. ARTZUID allows visitors to enjoy a splendid combination of sculptures of top artists, while rediscovering this area of beautiful urban design and the distinctive architectural style of the Amsterdam School. 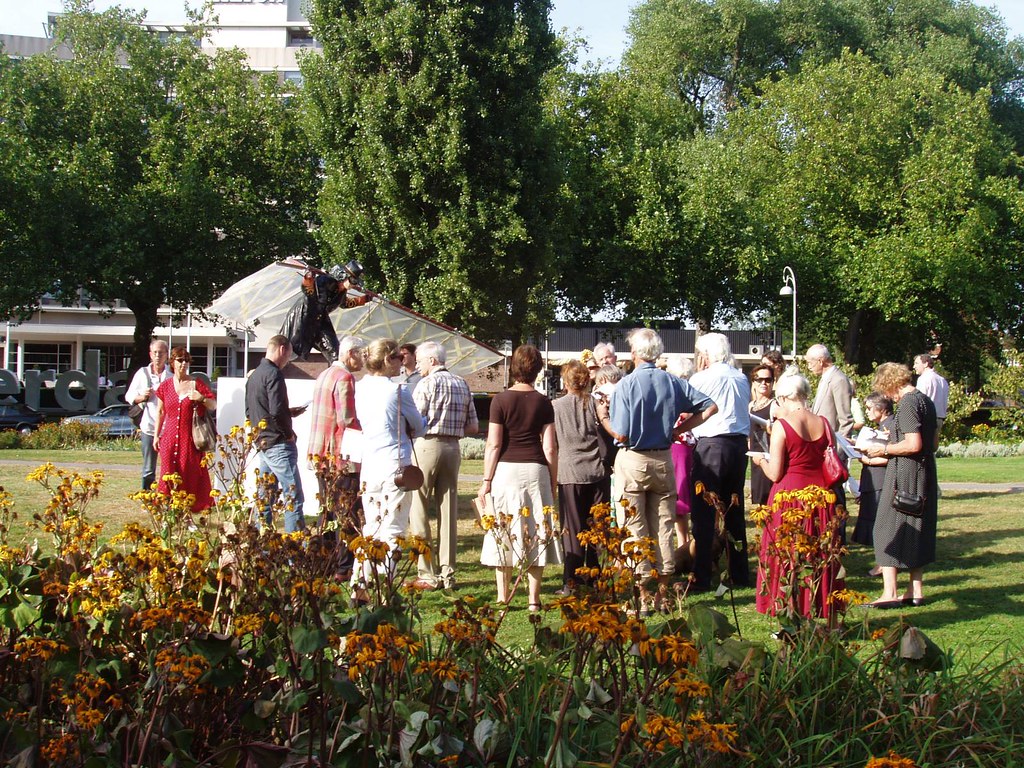