Established in 1855 on the shore of lake Mjøsa, Atlungstad Distillery is the oldest Norwegian distillery still in use and one of very few historic distilleries in Europe that produces potato-based spirits. The distillery was at the forefront of developing commercial spirits, like punch and aquavit, Norway’s national spirit, until it closed its doors in 2008. From 2011 to 2019 an alliance of public institutions, the commercial private sector, volunteers and NGOs managed to reinvigorate Atlungstad Distillery, transforming it into meeting venues, catering facilities and a small museum, thus creating an active and financially viable industrial heritage site. The site is co-owned by shareholders from the public, private and cultural sector. 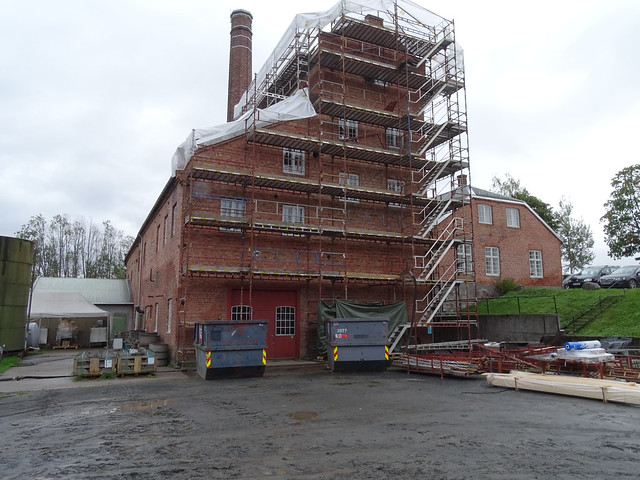 To ensure the continuation of the distillery’s industrial purpose, the 1960s distillery equipment underwent thorough maintenance to return it to use. The old cellars, where the aquavit was aged in oak barrels, were restored and renovated. Traditional techniques were used for reconstructing Atlungstad Distillery’s old quay, where boats loaded and discharged their cargo. A new quay was constructed by local restoration carpenters, with timber traditionally sawed at a heritage sawmill. Rebuilt at its old location, the quay is frequently used for outdoor activities and accommodates the historic paddle steamer Skibladner, which was built in 1856 and still sails daily across lake Mjøsa. In 2019, the Atlungstad Distillery was given protected status by the Norwegian Directorate for Cultural Heritage, thereby achieving the ultimate goal of this successful conservation project.

“This project stresses the importance of restoring industrial buildings. The rehabilitation of the Atlungstad Distillery included the reuse of the old factory machinery and restoring the building’s industrial character, as well as giving it new cultural and social purposes. The transmission of skills, the revival of the old production methods and other intangible aspects of this restoration project are especially impressive,” commented the Awards’ Jury.