“The conservation project of the Averof Building has been awarded as an excellent example of a fine and sophisticated restoration and renovation intervention, on a building that constitutes one of the most important creations of European Neoclassicism, directly influenced in its design by the Monuments of the Athenian Acropolis. Fully restored to its original architectural quality and equipped with the most adequate contemporary technological infrastructure installations, the Averof can rest assured of the continuation of its use as an educational institution, the purpose for which it had been originally intended.”

Designed by Lyssandros Kaftantzoglou as an educational edifice, The Averof is one of the most important and elegant buildings of the Athenian Neoclassical period located in the centre of Athens. After its completion in 1878, the building was in continuous use for more than 125 years during which it suffered from several additions and alterations. It reached a deteriorating state and was eventually in great need of restoration and modernisation in order to continue operating as an educational establishment. The conservation work firstly required a detailed analysis of the existing situation, resulting in a proposal for the restoration of the building to its original form by removing all the additions, reinforcing it structure and incorporating a new mechanical infrastructure that respected its Neoclassical character. The aim of the conservation project, namely for the Averof to be used again as an educational building, was successfully achieved after the building became operative in the beginning of 2010. 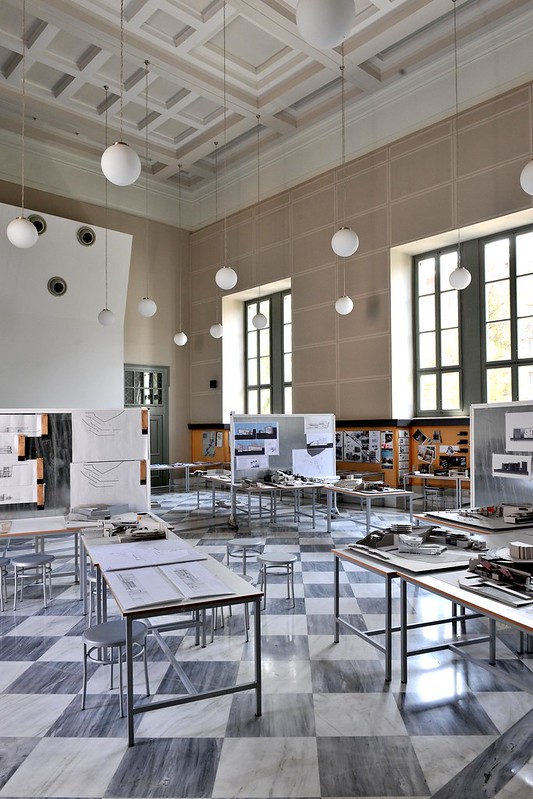