Home Winner Bastion of the Grand Master’s Palace in Rhodes

Bastion of the Grand Master’s Palace in Rhodes

This ambitious project has spanned ten years and focused on the restoration and enhancement of the Bastion of the Grand Master’s Palace in the medieval town of Rhodes. The composite defensive complex was in great need of attention when the project was begun in the early 2000s after the collapse of large parts of the original masonry of the eastern battery of the bastion, which was largely reconstructed in Rhodes’ Italian period in the first half of the 20th-century. Unfortunately, the interventions carried out at this time, including the addition of a cypress tree nursery at the bed of the moat and the arrangement of an extra access point, are likely to have strained the already compromised foundations and led to further deterioration of the walls. The structure was in danger of a serious further collapse, which in turn threatened other important medieval structures extending to successive levels of the Palace.

The comprehensive preliminary research of the Bastion has enriched and produced important new evidence regarding several periods in Rhodes’ history. This includes studies and new evidence regarding the Colossus of Rhodes, the Byzantine Acropolis, the existence of the north wing of the Palace which had collapsed in the Ottoman period and the way that the chambers of the Grand Master linked to the garden. This element of the project was particularly appreciated by the jury, who commented that “the careful archaeological research and documentation efforts have effectively recovered much that had been lost of this prominent cultural heritage site, the focal point of the medieval city of Rhodes”. 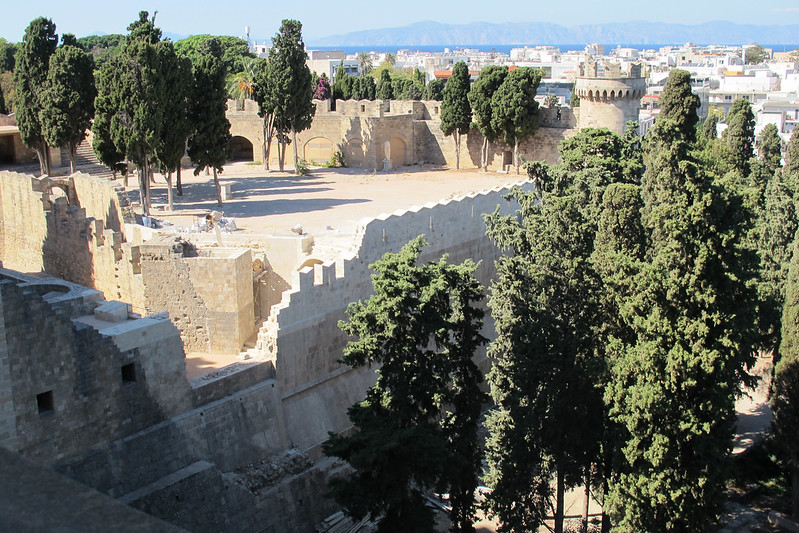 “The project has enhanced this important part of the World Heritage City of Rhodes and helped to recover the fortress’ topographical position. It has also created a new space for public activities, confirming the Palace’s status as a centre of activity in the city”, the jury said.