This is the winner of a Diploma
Conservation of the 15th c. ruins of Bauska Fortress, built in the middle of the 15th century under the rule of the Livonian Order. The fortifications were demolished during the Great Northern War, following which it lost its function and gradually fell into ruin. 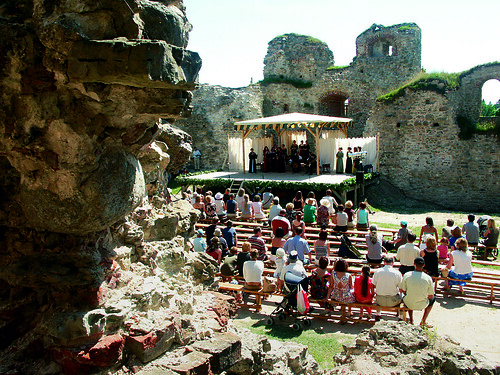 The conservation process was organised as a site for international discussions of experts in symposiums and for training craftsmen, whilst remaining freely accessible to the wider public. International cooperation between experts from various regions of Europe during the implementation of the project. A result of the project is that Bauska Fortress ruins can be used for staging music festivals, theatre and opera performances. The project is an exemplary approach to the preservation of torsel architecture which has been tested in practice.

“For the conservation of the ruins of a 15th century fortress by the revival of traditional methods for the preservation of torsel architecture.”