Restoration of a traditional timber construction dating from 1755, which is one of the last remaining timber houses in Stockholm and has strong associations with the national poet Carl Michael Bellman. Its foundations were collapsing into the watery clay bed and the structure was also affected by severe dry-rot damage and in imminent danger of collapsing. 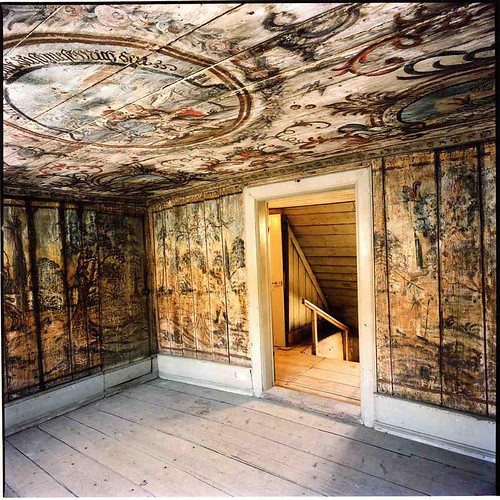 The works involved replacing rotten timber logs and the conservation of the valuable 18th century cloth wall paintings. A layer of birch bark was laid between the ground and the foundations as a traditional insulation against humidity. Particular attention was paid to the preservation of the authenticity of the construction materials – old surface finishes were preserved under the new ones.

“For the delicate restoration of the timber framework of an 18th century house in Stockholm and for the conservation of its valuable painted cloth wall coverings.”