Home Winner The Belvedere on Pfingstberg Hill in Potsdam

The Belvedere on Pfingstberg Hill in Potsdam

Due to frost, damp, vandalism and neglect, the Belvedere on Pfingstberg Hill, built in the second half of the 19th century, fell into increasing decay from 1960s onwards. The goal of the restoration work was to make the building with its two-towered facade into a vantage point, accessible to the public once again, as a cultural location with diverse functions. Repairs and restoration were undertaken on the brick facades, towers, arcades, colonnades, etc. In the interior, the Roman Chamber was conserved and the Moorish Chamber was reconstructed in large parts, including wall paintings and mosaics. 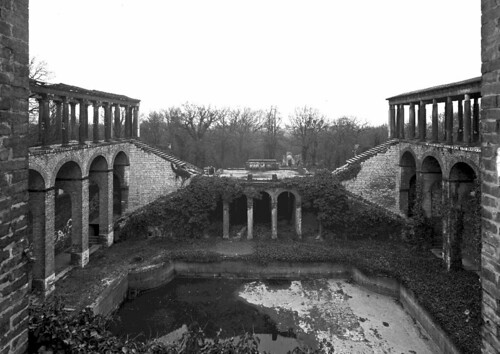 The water basin in the inner courtyard was renewed and fitted with a submergible stage that could be used for cultural events. Management of the premises was turned over to the Förderverein Pfingstburg in Potsdam, which had emerged from a grass-roots initiative dedicated to saving the Pfingstburg.

“For an exemplary public-private partnership that has led to the revival of a spellbinding monument as a beautiful vantage point and versatile cultural location.”