St Mary’s church in Barth, Northern Germany, contains what is probably the oldest church library in the country, first mentioned in 1398 and unchanged ever since. It fell into disuse after World War II, familiar only to a few specialists, and becoming, by 2011, a sad and neglected place with a moldering but remarkable collection. The destroyed windows had allowed the damp air of the nearby Baltic Sea to penetrate the room and the 4000 books were on the way to oblivion. All the limited resources of the local community were devoted to the task of restoring the damaged church itself.

A Friends’ organisation was set up and, with the help of a scientific board, the historic space of the library was gradually restored, with new leaded glazing in the windows, sensitively repainted vaulting and newly-installed climate control mechanisms. The books were cleaned by experts from Leipzig and re-shelved, with displays, information sheets and guided tours for visitors. The restoration of the books will now begin and will be carried out by experts from all over Europe. A unique historic library is again in use and available to scholars and the public once more. 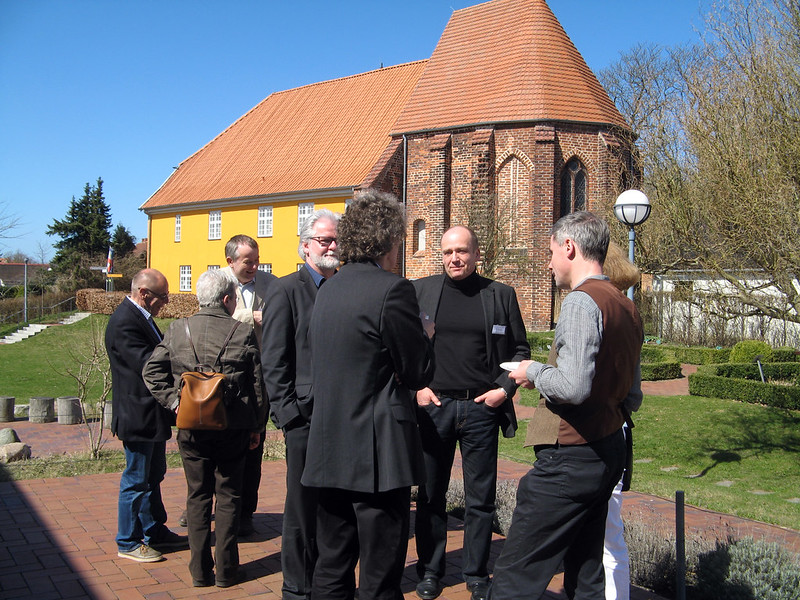 “The jury saw this as something of a model conservation project. The library was in the position of having to compete for funds, time and attention with the equally important requirements of the church in which it was housed. But the longevity of its 600-year survival brought about the establishment of a Friends’ organisation, who set about raising the necessary funds to employ expert restorers for both the relevant part of the building fabric and the books themselves, with state of the art climate controls for future conservation.”