Home Winner The Botanical Garden of the National Palace of Queluz

The Botanical Garden of the National Palace of Queluz

The Botanical Garden of the National Palace of Queluz, built around 1770, was destroyed in 1984 by a catastrophic flood. In 2012, a research project was undertaken, anticipating the possibility of an informed reconstruction of the garden, supported by the available documentation and the identification of displaced elements of its masonry and ornamentation which were salvaged from the remains. The botanical collection was established with the support of Botanic Gardens Conservation International and involved several partners in Europe. The restoration was entirely self-financed by funds from Parques de Sintra, obtained exclusively from the income generated by visitors and entrance ticket sales.

“This project has successfully rediscovered and revived a garden which was thought to have been lost, using archaeological investigation, the remaining fragments of the garden and the existing documentation to achieve this aim”, the jury noted.

Archaeological excavations were carried out to provide further information prior to the reinstatement of each aspect of the garden and informed the conservators’ choices regarding the landscape design and architecture. The works included the reconstruction of four glasshouses and the restoration and conservation of painted tiles and masonry elements, such as the ornamental fountain and surrounding statues. These elements have returned to their original place in the garden. The restoration process included works on walls, pavements and the introduction of new energy, water management and security systems. An interpretation and education project was also created.

“The project is a nice example of interdisciplinary collaboration which also involved the local community. The dissemination of the results was strong and made the project complete. This will raise awareness of the result and ensure its sustainability”, the jury highlighted. 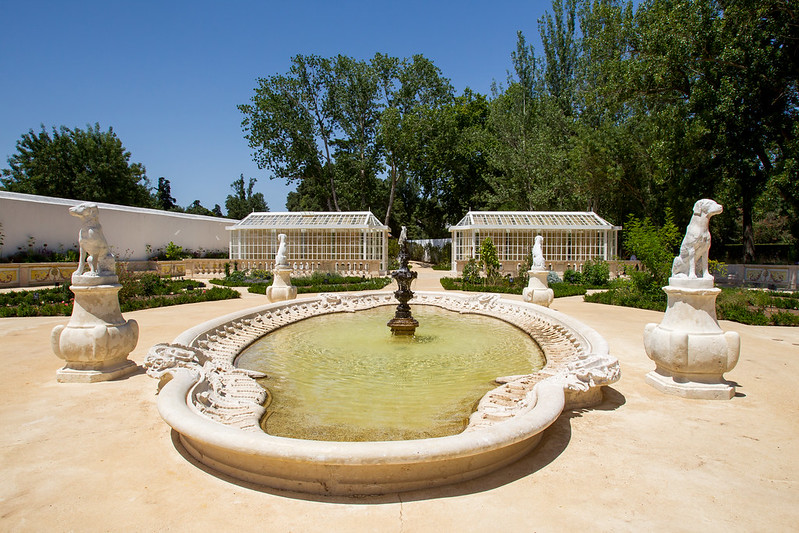 Queluz was one of four 18th-century botanical gardens built in Portugal which had links to some of the oldest botanical gardens in Europe during the Enlightenment period, such as in Padua (Italy) Madrid (Spain) and Amsterdam (The Netherlands). The discovery of the original botanical index from 1789, which listed all of the plants known to botanists at the time, completed the research and prompted the researchers to make contacts with botanical gardens throughout Europe to request plants from their seed banks or nurseries.

The careful research and study of archaeological and salvaged elements, the detailed examination of existing structures, and the absolute respect for the original fabric makes the reconstruction of the Botanical Garden of the National Palace of Queluz a European case-study for the methodology of historical garden reconstruction following natural disaster.