The world’s first ocean liner, Brunel’s SS Great Britain (1843) was dramatically salvaged and towed across the Atlantic to her original “birthplace” in Bristol in 1970. By 1998 the condition of the ship’s iron hull had become so poor that it was clear that she would only survive about 20 years more. The main problem is the high levels of salts inside the iron hull and the lack of known effective techniques to remove it. Infested iron will continue corroding down to 22% relative humidity, thus a dry, stable, de-humidified atmosphere was created to halt corrosion through a ground-breaking solution: a giant de-humidification chamber sealed by a great glass roof of laminated panels was designed to look like a glass “sea”, within which the ship appears to be afloat, while allowing full public access “underwater” via an airlock. 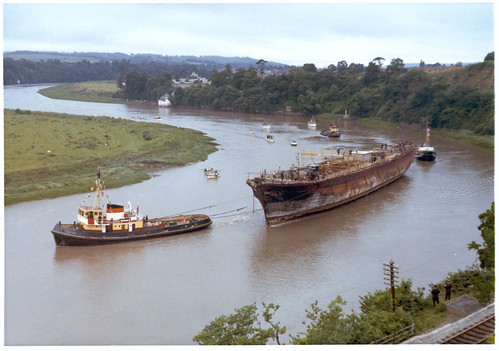 The entire interior of the ship has also been meticulously restored and interpreted using original passenger drawings and diaries, a new museum created from derelict workshop buildings and the Victorian dockyard restored. The entire site was made accessible to all through the installation of lifts hidden inside the funnel and dry dock area.

“For the ground-breaking solution to halt the iron corrosion of the first great ocean liner and its transformation into the centrepiece of an exciting and accessible museum and educational visitor attraction in the original dry dock.”