The church of St. Peter is the oldest of the ten Byzantine monuments in the village of Kastania. It is a cross-in-square domed structure of the late 12th century, with a portico added to the west side in the 13th century and a bell tower which was constructed in 1813. The church was in a poor state before the work began and faced serious structural problems due to weather exposure, inherent weaknesses and inappropriate past interventions. The interior decoration of an exquisite programme of Byzantine frescoes had also suffered greatly over the church’s 800-year lifespan.

The high quality restoration of the church included the securing of the building’s structural issues and the conservation of the interior decoration. The care which went into every aspect of the work is remarkable. The jury noted “the significance and importance of this European monument and its illustration of the Byzantine contribution to European culture”. The frescoes, which had previously been largely unintelligible, can now be studied in detail and will no doubt be of great value to researchers of Late Byzantine art. The restoration also made visible certain parts of the masonry work, located just under the roof tiles, which had previously been obscured by later additions. “The high-quality of the work both inside and outside is commendable and highlights many important aspects of Byzantine art and architecture in this period, particularly notable is the cloisonné masonry technique which the team has beautifully preserved”, the jury said. 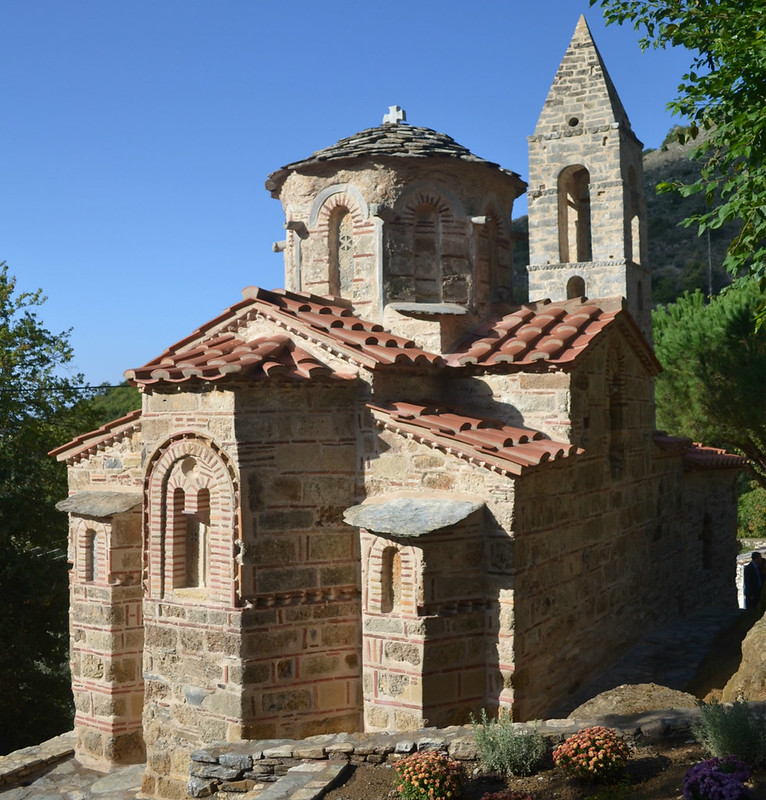 The restoration of this charming church was warmly welcomed by the local community who was fully aware of the cultural and economic dimensions of the project. Their enthusiasm was apparent in the celebrations organised for the completion of the project. The preservation of St. Peter’s church has attracted new touristic interest to the remote village of Kastania and may inspire more initiatives to preserve its rich cultural heritage. The jury noted that “the collaboration of private and public bodies to make the renovation possible and the commitment to complete the work to the best possible standard is a wonderful example of what can be achieved in the many similar churches throughout the region. This is especially considering the adverse economic conditions that have been felt there. It is a model for the preservation of cultural heritage on a broader basis in Europe”.