The first records of the Castle of Montreuil Bonnin date back to the early 11th-century. The entire complex comprises a 13th-century castle and tower, including the partially ruined gate and walls surrounding the site, the ruins of a 13th-century manor house and a 15th – 17th-century dwelling. The monument has been a major witness to the religious, economic and architectural history of the region. The revitalisation project has been privately funded and managed by the family who lives there, with assistance from the Regional Directorate for Cultural Affairs of Poitiers, the Vieilles Maisons Françaises association and La Demeure Historique.

Saved from ruin and partially restored between 1830 and 1850, the castle was acquired by the family of the current owners in 1862. Having always been used as a home, the property had been regularly maintained and was open to the public. A diagnostic study conducted in early 2013, when the current owners took over the site identified the different issues facing the structure and the remedial action needed, mainly in the upper parts of the structures. The research also pointed out that some areas were too dangerous to allow public access.

The new owners then initiated the process to carefully restore and revitalise the site. In order to open the castle complex to the public, measures were undertaken to consolidate the walls and prioritise visitor safety. The most recent development has been the restoration and redevelopment of a 60m2 barn to accommodate the public. The restoration of the entrance station is scheduled for 2019-20. It will be followed by the securing and partial restoration of the dungeon, one of several sites that was selected by Stéphane Bern’s Heritage Mission. The moats are accessible all year round thanks to the creation of a special path. The interior of the fortress is regularly opened by the Association des Amis du Château de Montreuil Bonnin, which organizes cultural events several times a year. Schoolchildren are also welcomed to the Castle and concerts and events take place each year during the European Heritage Days. 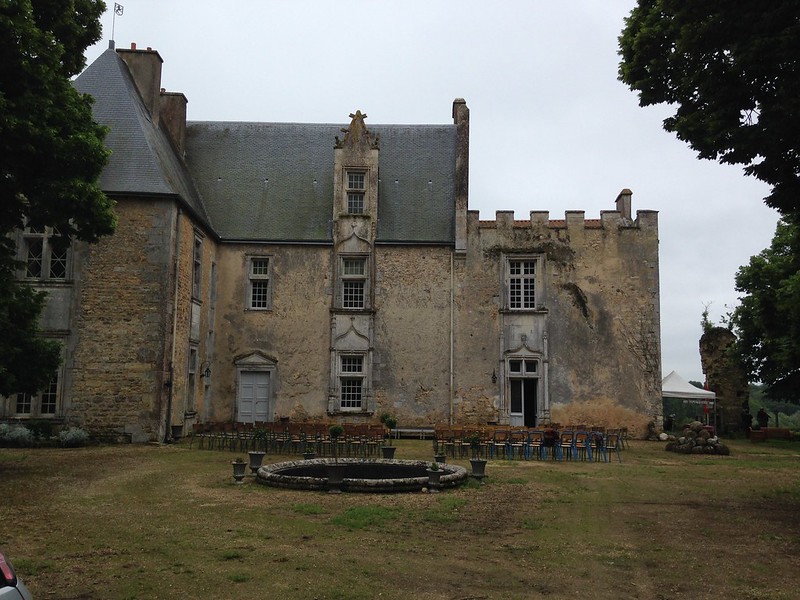 The jury commended the project for being a “Good example of a private initiative to consolidate a ruin which pays respect to the character of the complex. Many similar ruins are found throughout Europe and this is an important example of a careful intervention. Further measures in this direction are encouraged, with the understanding that the monitoring and preservation of a ruin is an ever ongoing responsibility.”