Cathedral of the Assumption of the Virgin Mary in Rab

The Cathedral dedicated to the Assumption of the Virgin, originally built in the 5th century and reconstructed in the 9th, 11th, 12th, 15th and 18th centuries, was in a general state of disrepair and the masonry was severely deteriorated due to salt-saturated humidity. 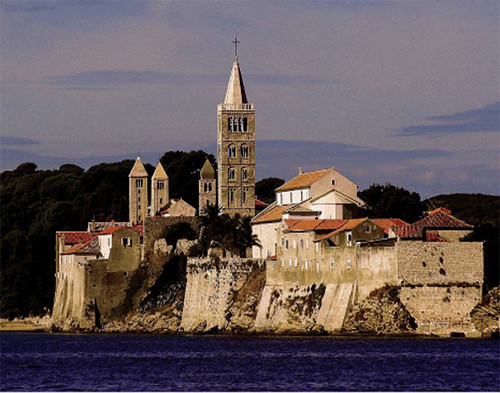 Following extensive research, consolidation, conservation and restoration works, all historical phases are identified and adequately presented. Static consolidation by building steel clamps into the walls, desalination of façade and restoration of stucco ceiling decorations were carried out from 1999 to 2005. The most challenging aspect of the project was the restoration of the two-coloured stone façade. For the purpose of replacing the characteristic pink breča stone, it was necessary to re-open the original quarry located on Rab.

An underground sacristy was discovered and now houses the treasury and temporary exhibitions, while the remains of an early Christian baptistery were discovered and treated similarly. Many of the cathedral’s valuable works of art were restored.

“For the comprehensive research, skilful restoration and didactical presentation of one of Croatia’s foremost medieval monuments.”