Tarazona Cathedral is situated in Zaragoza province. Its architecture contains both Gothic and Moorish elements and is one of the few remaining examples of this combination. Construction first began in the 12th century in the French Gothic style, with consecration in 1232, with the Mudéjar features added. Unusually, the cathedral was located outside the city walls, a feature perhaps attributable to the fact that an ancient Mozarabic church had been located on the site, outside the formerly Muslim city.

In 1982 it was necessary to close the Cathedral because of serious structural problems. A Master Plan was drawn up which established the bases for the consolidation, conservation, research, management, and maintenance of the fabric, now resulting after nearly 30 years of work in a partial reopening to the public. In total, there have been 27 phases of structural consolidation, roof waterproofing, architectural ornamentation and conservation of artefacts, as well as works to improve the urban environment: a lengthy project, of painstaking detail. 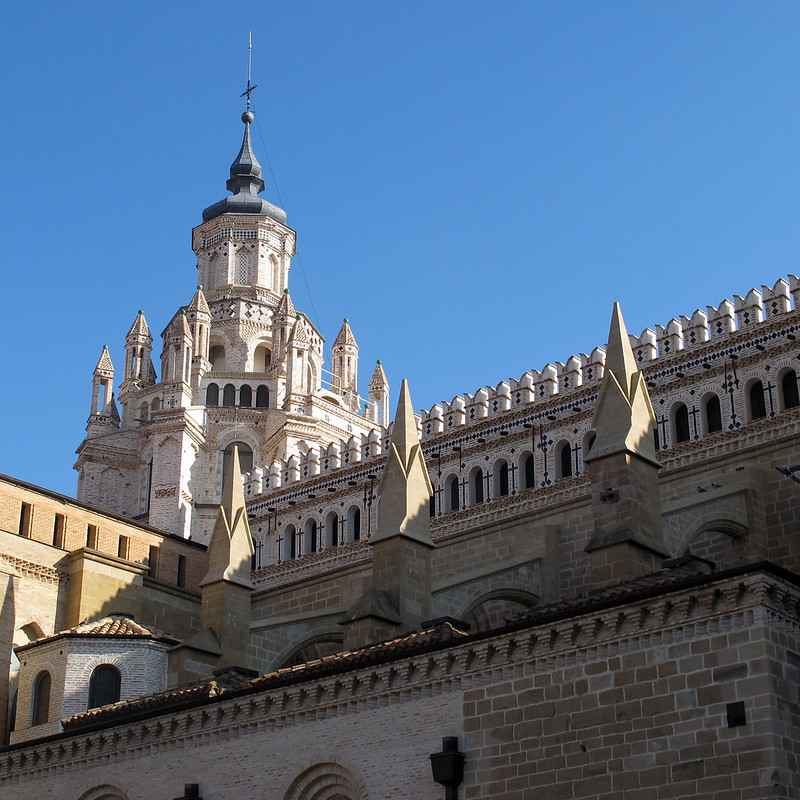 The most significant element of this fine restoration project, the Jury felt, was the detailed and progressive Master Plan, which it saw as a model to be recommended widely. The project was also an excellent example of institutional cooperation, with credit due to all concerned, including the Bishop of Tarazona, the Government of Aragon and the “Instituto del Patrimonio Historico Espanol”. It was further facilitated by the participation of an extensive group of professionals, from specialists in mosaics to mural paintings and sculptors.