The Cathedral of Saint Bavo in Haarlem was designed by Dutch architect Joseph Cuypers and was consecrated in 1898. It was designed with a focus on the neo-Romanesque and neo-Gothic styles, with influences from Byzantine and Jugendstil architecture. With limited maintenance over the last century, the cathedral was facing extensive structural and other conservation issues. The roofs and especially the gutters were leaking. The lead in the stained glass was no longer functional and water infiltration had led to considerable damage to the masonry and to the decay of wooden elements in the roof. Many decorative elements, such as the polychromy featured on the exterior and unrealised designs in the interiors, were lost, due to weather damage or to a lack of knowledge of the original intention of Cuypers. The project was funded from various sources, including central, provincial and local governments, the diocese and the parish as well as various foundations and individuals.

The project has successfully restored the cathedral to its former glory. The cathedral now has new museum spaces and improved facilities for concerts and congresses. One of the most important aspects of the restorations was the work on the decorative elements, particularly a painted strip of text of the Te Deum hymn, which had never been realised due to lack of funds. The words of the hymn are now in their intended place, under the highest row of windows throughout the entire cathedral and within the dome. In the interior, the cleaning of the walls led to a deeper understanding of the intentions of the architect. Cuypers had used a yellow stone and the cleaning revealed that the grouting of the high choir and the transepts had originally been painted blue. The combination of the two was meant to symbolically express a bridal cloak, and is a reference to the Book of Revelation. The cathedral also has a subtitle: Adorned as a Bride, derived from this narrative. 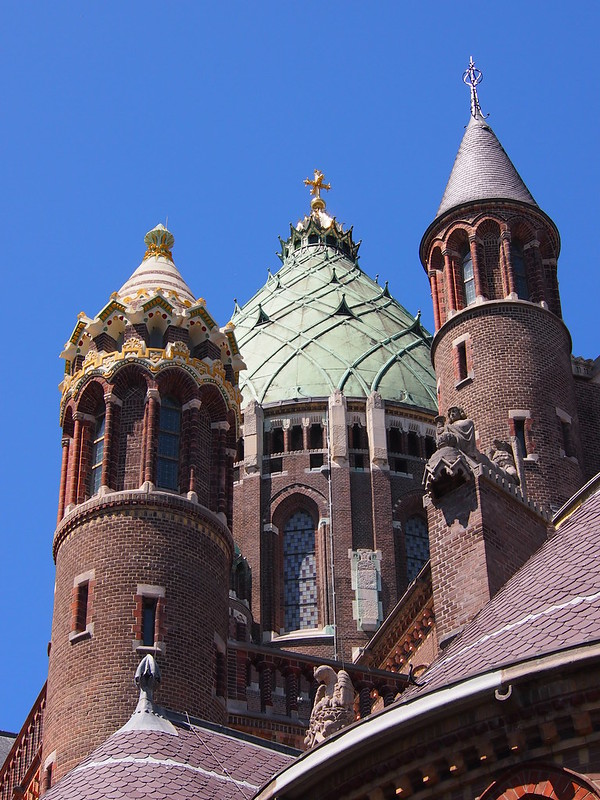 In addition, the original Jugendstil paintings were also restored to the front of the transept-organ. The jury commended the holistic approach adopted by the conservation team, noting that “through investigation, a correct interpretation of some hidden elements of the decoration, which are symbolic, was made.”