On the night of 11-12 April 1997, a fire caused extensive damage to the Chapel of the Holy Shroud of Turin. The 17th-century Chapel, constructed to house the religious relic of the Shroud which is believed by some to be the cloth in which Jesus of Nazareth was buried, is the masterpiece of architect Guarino Guarini. The Chapel had been closed seven years previously when a piece of marble from the cornice had fallen, presenting a danger to the public.

These events marked the beginning of a long and challenging structural and architectural restoration, made even more complex due to the fact that the supporting structure of the Chapel had never been fully investigated and interpreted. The restoration was funded by the Ministero per i beni e le attività culturali with the support of the Compagnia di San Paolo, Fondazione La Stampa – Specchio dei Tempi, the Consulta per la Valorizzazione dei Beni Artistici e Culturali di Torino, Iren Spa and Performance in Lighting.

The extent of the damage was enormous. The thermal shock, caused by the heat of the flames and the extinguishing water, had caused deep fracturing in the marble blocks forming the inner shell of the building. The structure was in danger of complete collapse. Many of the marble columns had exploded and decorative features were extensively damaged. Over 80% of the marble surface of the Chapel needed repair. Ultimately, 1,400 badly damaged elements were completely replaced and the remaining 4,050 were consolidated. The quarry at Frabosa in Piedmont, from which the black and grey marble was originally extracted, was reopened for this purpose. The damaged fragments have been incorporated and then patinated so that they blend in with the new marble. The extraordinarily complex architecture of the chapel now stands once again without support, relying only on its original engineering by Guarini. 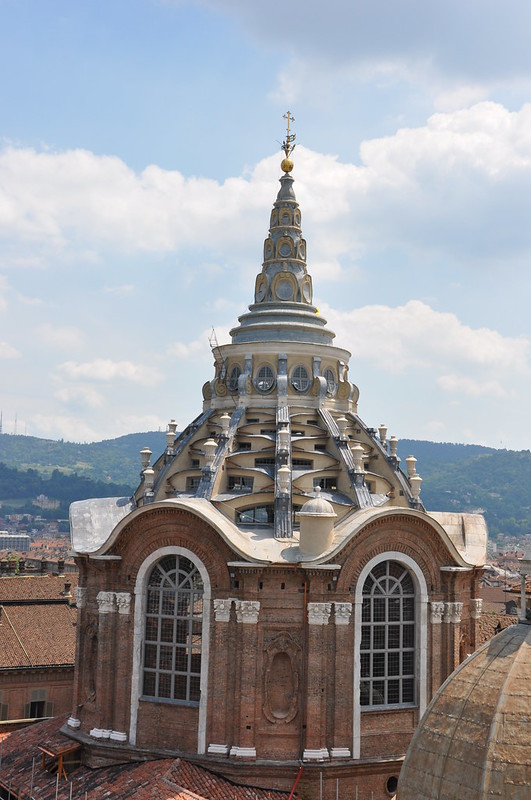 New safety and lighting systems have been added to guarantee public use of the Chapel, together with new educational elements, such as videos and virtual reality stations. Thanks to the determination and the work that involved hundreds of people in a very delicate restoration over a time span of twenty years, the building is now accessible to the public and is included in the tour of the Royal Museums of Turin.

The jury commended the project for having been “a careful response to a dramatic event that occured in one of the most important Baroque buildings in Europe. It was technically challenging, underlined by the very special structure of the building, however the maximum preservation of the existing fabric has been ensured.”