The Churches Conservation Trust is England’s national charity for protecting historic churches at risk by taking them into direct care. First established in 1969, when many churches were falling into disrepair or, perceived as an impediment to progress, were threatened with demolition, the Trust was originally known as the Redundant Churches Fund. It works with the Church of England to secure a future for listed churches that lack a regular congregation. From its first vesting in May 1971, the Trust has now saved a collection of 347 listed buildings, is supported by over 1700 volunteers, and its buildings are visited by nearly 2 million visitors every year.

All the Trust’s work, from regeneration to tourism, and community engagement to marketing, is firmly guided by its conservation principles. As a heritage charity that works directly with an established state church, it is the only organisation of its kind in the world and is a recognised leader in the fields of religious heritage preservation, conservation, regeneration, and use. 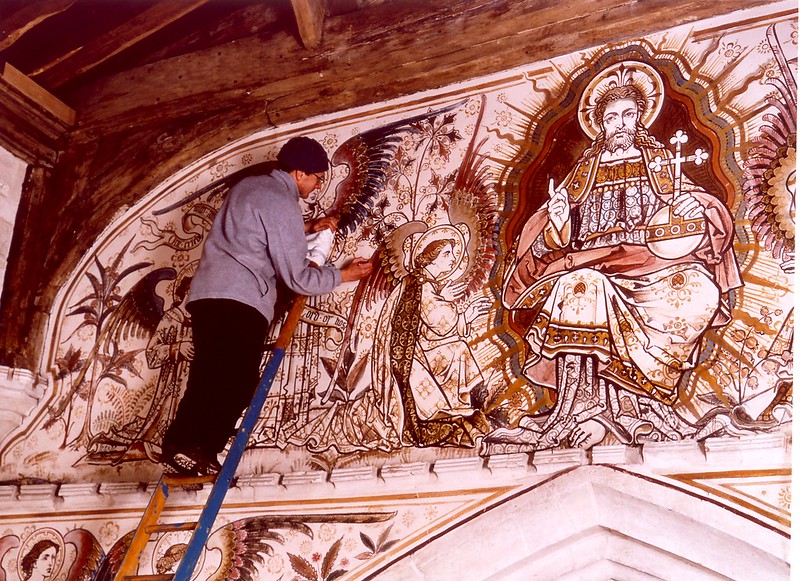 The Jury admired particularly the Churches Conservation Trust’s early recognition of the importance of safeguarding the religious and architectural significance of historic places of worship and their essential function as centres of community life. Public disengagement with religion (as regards Christianity anyway) has made this task even more necessary. This long-established but still unique partnership between Church and State should be a model for all to follow. The Jury also appreciated the highly significant role the Trust has played in the foundation of the Future of Religious Heritage Network, where its proven model of sustainability will be pivotal for the preservation across Europe of religious heritage buildings and their interiors.