Conversion of De Hoorn Brewery into a creative hub

Located in Leuven – the long-established centre of the Belgian brewing industry – De Hoorn is the birthplace of the famous Stella Artois beer. The original building is a real gem of industrial heritage. Designed in 1923 with great care and detail both inside and out, the structural design is truly exceptional and is a well-preserved example of a brewery of this type. In the 1970s and 1980s, when production of the beer moved to a location with more modern units, activity at De Hoorn came to a near standstill and in 1997 it was listed as a protected monument. Twenty years later, a group of local entrepreneurs from various cultural and creative organisations decided to buy and restore the building with guidance from the Flemish Agency for Monuments and Sites. The completed result is an exemplary restoration of a beautiful industrial monument, with clever additions to accommodate its new occupants.

“This social and private initiative has contributed greatly to preserving what is an important example of industrial heritage in Leuven and has brought an abandoned building back to life with a truly imaginative use of the spaces within the well conserved, historic fabric. The new additions are well integrated and are respectful of the integrity of this prime building”, the jury noted. 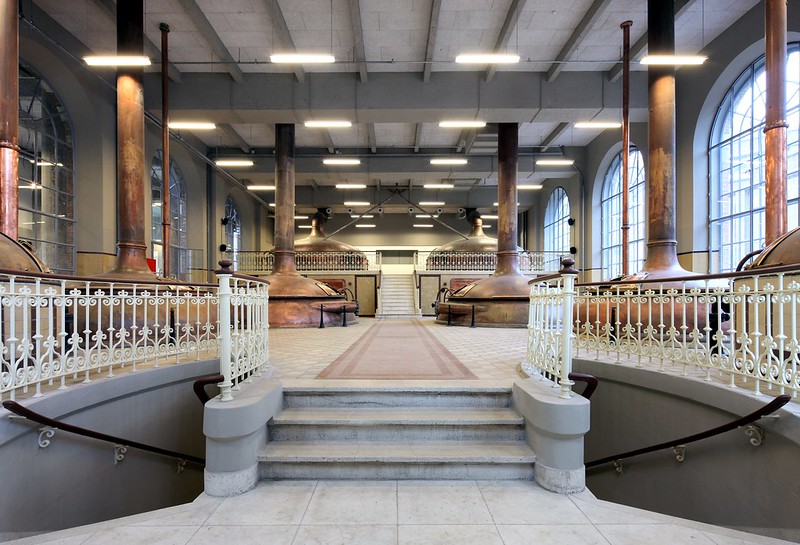 The renovated brewery is now home to the owners’ organisations and represents their own ideals. They aim to provide “an innovative, open meeting place where creativity, cross-breeding and entrepreneurship are key”. Aside from the office spaces, the building has event areas which are mainly in the historic brewing rooms and a Grand Café which is open to the public. “As well as the excellent conservation work carried out by the owners and the architects, the accessibility of the building to the public via the heritage trail and the restaurant, which has been based on the principles of social economy, is exemplary”, the jury noted.

“Industrial heritage is very widespread in Europe, yet it is often overlooked and forgotten. With this Award, we commend the influential work that has been done by the owners and architects of De Hoorn and we sincerely hope that the potential of other such buildings to foster creativity and to enrich Europe’s culture and heritage will also be recognised”, the jury stated.