Costa Carras was a visionary conservationist, an eminent historian and scholar as well as a distinguished businessman, a humanist, an idealist, and a true European. Over the course of his long life, Costa Carras worked tirelessly in favour of Europe’s cultural and natural heritage to create a better world for future generations.

Costa Carras was born in London in 1938. He studied Ancient Greek and Latin Literature, followed by Philosophy and Ancient History at Oxford and Economics at Harvard. He worked in London for many years in the shipping industry.

Costa Carras had a profound knowledge and understanding of history and culture. He believed there could be no economic development without respecting nature and culture and that heritage was a powerful tool for building bridges within challenging political contexts. He was co-founder of the All-Party Parliamentary Group for Cyprus at the UK Parliament and of the Center for Democracy and Reconciliation in Southeast Europe, based in Thessaloniki. 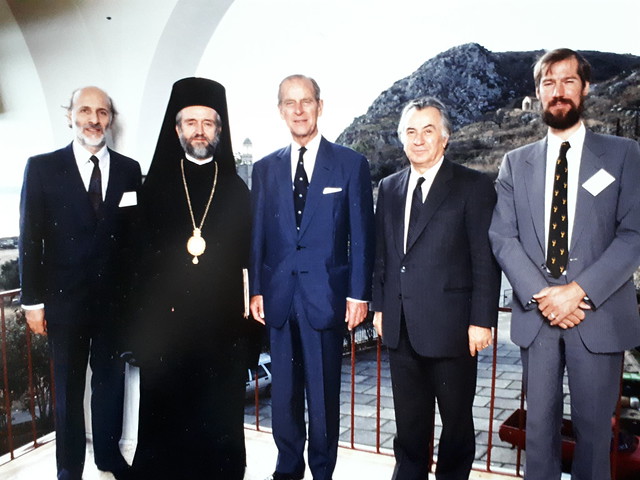 Since 1976, he was Vice President of Europa Nostra and under his guidance, Europa Nostra built a truly pan-European heritage movement based on fundamental human rights and shared European values.

Perhaps his most enduring legacy is ELLINIKI ETAIRIA – Society for the Environment and Cultural Heritage (ELLET), which he founded with his wife Lydia Carras in 1972. ELLET strives to enhance the vital link between nature and heritage and to mobilise support, public and private, for their comprehensive preservation. The organisation has brought about law reform and amended regulations around heritage, contributed to monument restoration projects and raised awareness of important issues impacting heritage. Notable examples of monuments which have been restored with their direct input include the UNESCO-listed Hosios Loukas Monastery, one of the most important Byzantine monuments of Southeast Europe and the UNESCO-listed Nea Moni in Chios, founded in the 11th century and one of the most important monasteries in the Aegean.

Costa Carras was a true pioneer in environmentalism, advocating as early as the 1970s for the concept of sustainable development through the conservation and valorisation of cultural and natural heritage, at a time when such an approach was basically unheard of, and was one of the first to talk about the concept of cultural landscapes. 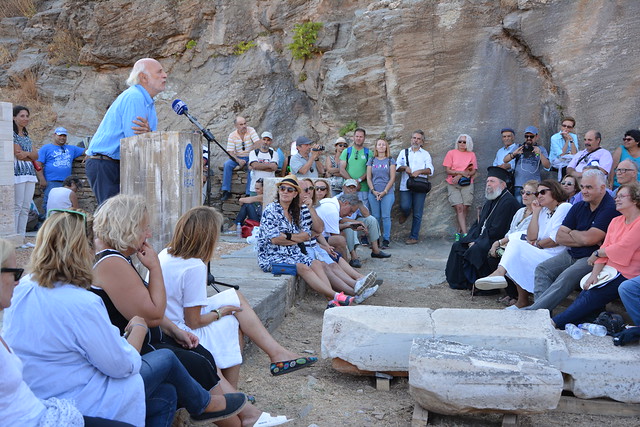 “Costa Carras has had a profound and lasting impact on the heritage field in Europe, as well as on the process of peace and reconciliation in the wider region of South-East Europe. His forceful leadership and activism inspired whole generations of heritage professionals and volunteers. Due to his strong determination combined with huge knowledge and wisdom he became a role model for many, and especially for younger people”, the Jury stated.