Digitisation of the Naturalis Biodiversity Center’s collection in Leiden

The digitisation of a natural collection such as that of Naturalis Biodiversity Center is no small feat. This achievement was recognised by the jury for “the grand scope and the ambitious nature of its research and, most importantly, for the future global research that it has facilitated”.

Naturalis Biodiversity Center has a collection of over 37 million zoological, botanical and geological specimens from sources across the globe with a focus on Europe, Southeast Asia, South America and Africa. These details make the Naturalis collection one of the largest and most diverse collections of natural specimens in the world. The digitisation of nearly 9 million of these specimens is therefore of tremendous significance and value to researchers everywhere. 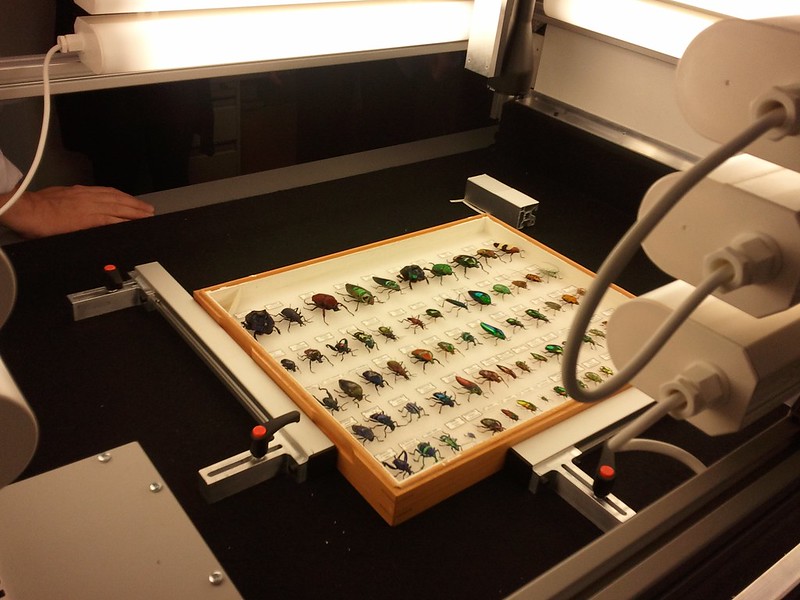 The research encompassed the development of an industrial style of digitisation which differed from traditional natural history digitisation projects whereby a tailor-made process is developed for each separate collection. The researchers developed nine ‘digistreets’, that is, a standardised practice for each type of collection to be digitised. For example these could be preserved or jarred specimens, dried plants or geological artefacts. This methodology, together with five years of intense and dedicated work resulted in the digitisation of 8,665,000 objects. This number was 23 per cent more than the original target of 7 million and can therefore be viewed as a huge success. The standardisation of the practice also enables the project to be easily continued despite the end of its original five-year period.

The jury appreciated “the potential of this project to facilitate further research programmes, allowing researchers, as well as the public, to explore a significant part of this collection remotely via Europeana and an API (online database system)”. This was viewed as an exceptionally generous aspect of the project’s dissemination and an example of best practice in collection digitisation. The jury felt that “the selection of specimens from such a huge collection as well as the planning and execution of the project was immensely impressive”. The project’s preservation of several important natural collections and its link to the world of natural heritage was also credited for the way in which it promotes the interaction between these two worlds.