The Dokumentationsstätte Regierungsbunker (Government Bunker Documentation Site), a subterranean building 19km in length, situated in the Ahr Valley just south of the former capital Bonn, is a unique relic of the Cold War era. It was designed as a temporary site for the government and could accommodate up to 3000 individuals. After the end of the Cold War, the bunker was abandoned and largely dismantled. A 200 metres long section of the huge tunnel construction could be preserved as a documentation site. The section was left in the original state and treated as a monument. 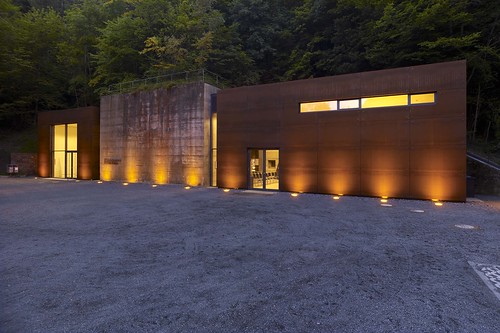 Former air locks to enter the Bunker, decontamination rooms, workshops, offices, dormitories and a medical unit can now be visited. The site was equipped with various original items and information sources in order to offer insight into the history of the Bunker. To use the building as a museum, the former entrance building was extended by exhibition and projection areas.

“The Government Bunker Documentation Site has received an Award in recognition of its importance as an authentically preserved monument of the East-West conflict and as a symbol of the fact that Europe has overcome the split which formerly divided the continent.”