A multidisciplinary team, led by the Universidad Politécnica de Valencia, carried out the restoration of the dome, drum and lantern of this emblematic Late-Renaissance basilica (1652-1666), including the frescos of Antonio Palomino (1701). Project objectives included restoring the constructive unity of the two disintegrating brick rings of the interior dome, maintaining the anchoring between domes, decreasing the load in order to prevent the collapse in case of an earthquake, and recovering the concept of the lantern whose light apertures had been blocked by bricks. 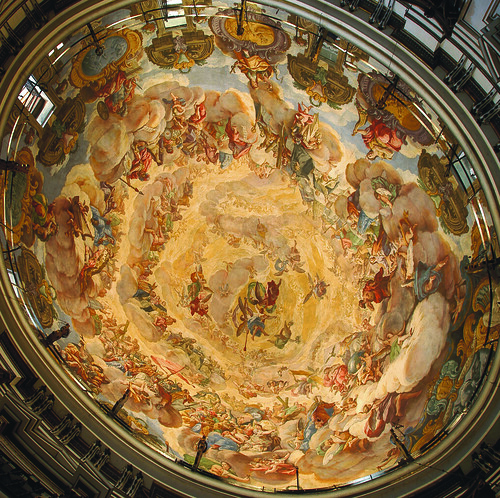 The intervention had to be carried out in such a way that no alteration to the paintings could be made. The most exemplary aspect of the project was the development of advanced modern technologies for diagnosis and intervention, for example a remote control robot was designed to be introduced in the space between the domes in order to perform inspection and cleaning. This is the first phase of a comprehensive restoration project for the whole building.

“For the rigorous scientific investigation and restoration of an emblematic religious monument in the heart of Valencia and for immense technological advances made in the field of structural conservation.”