Emil van Brederode in The Netherlands

Emil van Brederode has been working in the field of conservation of historic buildings since the early seventies. He enlarged the field of conservation to both landscape and urban planning as well as to conservation on a European level. He worked for the national umbrella organisation NCM (National Contact Monuments) almost from its start in 1972 and as director from 1980 until 2007. Apart from his own organisation he founded many other platforms and umbrella-organisations and started the ‘Open Monumentendag’ (National Heritage Days) in the Netherlands. 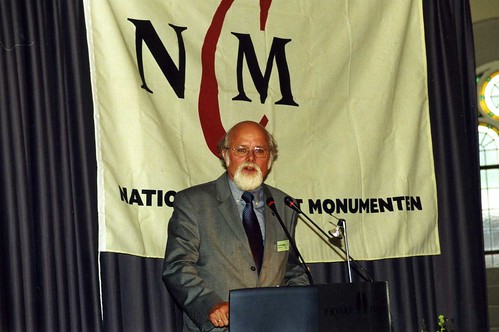 He brought these days to a European level and took on the duties of the coordination of the European Heritage days for several years. He was council member of Europa Nostra and secretary for the Dutch National Committee of ICOMOS. He passed away in August 2013.

“The career of Emil van Brederode is admired for the numerous initiatives for the safeguarding of cultural heritage in The Netherlands and in Europe. His creativity in setting up programmes to raise awareness of the importance and the values of cultural heritage, particularly through the European Heritage Days, is exceptional.”