“Electrification was undoubtedly one of the defining characteristics of the 20th century. The creation of a national energy museum in a disused power station at Ponferrada is an extremely valuable contribution to understanding how electricity is produced from coal. The project has achieved this educational ambition by preserving and rehabilitating the power station’s elegant functional buildings and their equipment as they were left in 1971. The Jury particularly appreciated the respect shown for this heritage, allowing for the site to retain its special atmosphere and to offer a broader appreciation of the social and working conditions generated in its environment.”

Ene.térmica in Ponferrada, León, is an infrastructure of the National Energy Museum. It is situated in the ensemble of buildings representing the first coal-fired thermal power station built in Ponferrada at the beginning of the 20th Century. 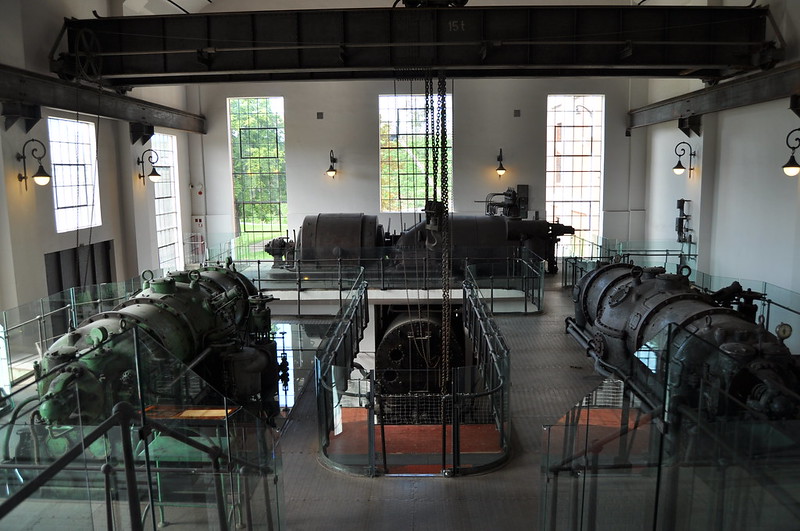 The first building was built in 1920 and was subjected to two enlargements in the 1930s and 1940s. The plant ceased to produce energy in 1971. From that moment the building was left in a state of abandonment until 2009. The building site started in December 2009 and finished in April 2011. The project restored the space and created a tour that would explain the process coal extraction, transportation and then its transformation into electrical energy. The respectful rehabilitation has achieved to maintain an atmosphere reminiscent of the past, that allows visitors to easily understand the process of how coal was transformed into electricity and to learn about the working and living culture formed around this economic activity.