Home Winner Episcopal Palace of the Euphrasian Basilica in Poreč

Episcopal Palace of the Euphrasian Basilica in Poreč

The restoration and presentation of a 6th century episcopal palace, regarded as one of the best preserved Early Christian cathedrals in the world. 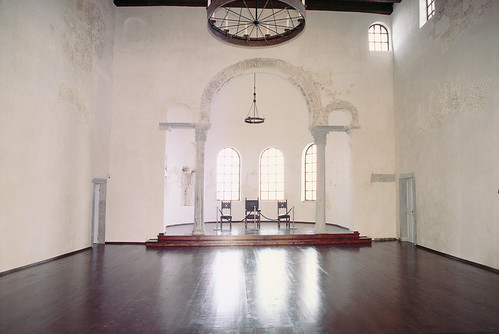 Archaeological and architectural explorations have helped distinguish between the original parts of the building and later additions which were removed. Roman fragments and mosaic floors and sculptural artifacts from an earlier 4th-5th century cathedral were found below the floors. The original windows and more than half of the structure and decorations of the ceremonial hall were preserved. The hall is now used for meetings and symposiums. The Cathedral to which it is attached is a UNESCO World Heritage Site.

“For the thorough restoration and reinterpretation of an outstanding medieval ecclesiastic palace based on detailed scientific research.”