“The Jury applauded this project as an exceptional example of professional architectural restoration, together with various branches of the decorative arts. This important Baroque monument had deteriorated seriously through neglect and misuse during the post-war period, and its total destruction looked unavoidable. In the restoration, the materials used are almost the same as the original and the principles and guidelines of international conventions have been followed in a rational manner, without creating harm to original parts. The Jury noted with approval the steps taken to involve the local community and to make use of the castle basement for public functions”

For six decades the estate lying on the picturesque hillsides of Somogy had a role unworthy of its distinguished past. Marietta Soóky and her husband Csaba Nagyházi, gallery owners from Budapest, discovered the beauty of the property and saved it from oblivion. They dreamt of having their family’s summer residence here. The partially cellared, single-storey late Baroque castle, of rectangular plan, was built around 1760-80. The original interior spaces and facades are now entirely restored and later interior additions have been eliminated. The furnishing is also worthy of its surroundings (the new owners are collectors. A notable surprise in the conservation process was the discovery of mural paintings by Stephan Dorffmaister (1729-97) in most of the rooms. These paintings have now been restored by distinguished specialists. The distinctive exterior decorations, the discovery of a hitherto-unknown Dorffmaister fresco-collection, and the return to original residential use make this castle restoration unique in Europe. 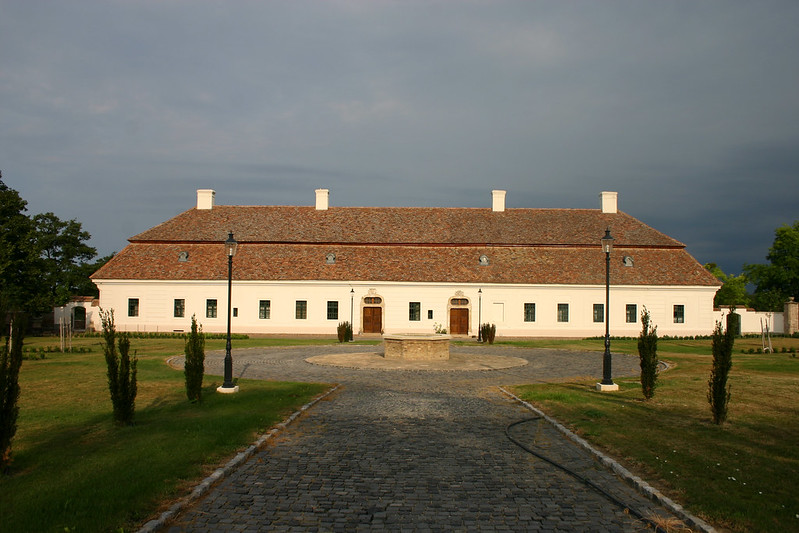