This project investigated the fibres used in textile production in Europe from prehistory to the Roman Empire and created a tool that can be used to aid European textile studies. The freely accessible database provides information on diverse textile fibres and is supported by bibliographical information and data on how these are affected in an archaeological burial context. This innovative research has deepened knowledge in material analysis of ancient fibres and revealed information on fibres that had never been studied before. The Jury was impressed by this research project’s “clear and concise vision that yielded powerful and practical results”.

FIBRANET was carried out in partnership with eight institutions: CTR/UCPH, the host institution; Core Facility for Integrated Microscopy (CFIM/UCPH), the Directorate of Conservation of the Hellenic Ministry of Culture, the School of Conservation of the University of West Attica, the National Centre for Scientific Research (NCSR) “Demokritos”, the American School of Classical Studies in Athens, the Danish Royal School of Conservation and the University of Warsaw, for the dissemination of outcomes through workshops and other educational activities. As a Marie Skłodowska-Curie action, the project was funded by several EU mechanisms.

Ancient textiles are generally misrepresented in the archaeological record, mainly due to their rarity and the unfavourable environmental conditions. Fibre identification of excavated finds is the primary and most crucial aspect of ancient textile studies but is extremely challenging due to the changes in the fibres’ morphology as a result of the degradation process and due to the vast variety of textile fibres that have been used in Europe since antiquity. 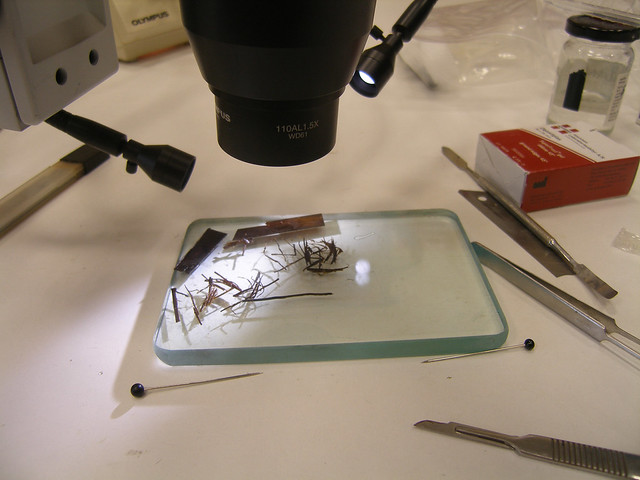 “The research has high relevance from a conservation point of view on ancient fibres. The data produced will be a precious tool to scholars studying and identifying excavated textiles. With its investigation into degradation processes, it also contributes to the knowledge of textiles in general since the well-described methodology allows for exact reproducibility of the experiments”, the Jury said.

This project studied a wide range of the textile fibres used in Europe since antiquity through ancient texts and published case studies of excavated fibres. A methodology to collect fibres directly from their plant or animal source, especially those not still in use for textiles, was developed. A very important part of the project was the experiments specifically designed to simulate deterioration in an excavation context. The morphology of fibres before and after deterioration, by the application of readily available methods of analyses, was measured and documented to assist in future identification. The results from the literature review, the fibre analyses and the experiments are all included in the online Open Access database FIBRANET. This new knowledge on how textiles deteriorate will also inform European policy on tackling the negative environmental effects of textile waste.

“The intensive collaboration with archaeologists, conservators, artists and computer specialists among several European institutions helped produce a comprehensive catalogue of textile fibres mentioned in texts. The originality of the research approach FIBRANET is precisely this combination of views and interdisciplinarity, which allowed the project to establish the first publicly accessible online reference library. The creation of the online platform will stimulate further research and international collaboration in this field”, the Jury said.