The excavation and display of a uniquely preserved 15th century Gothic fortification, a rectangular foregate had 2 corner turrets and a drawbridge in the middle. 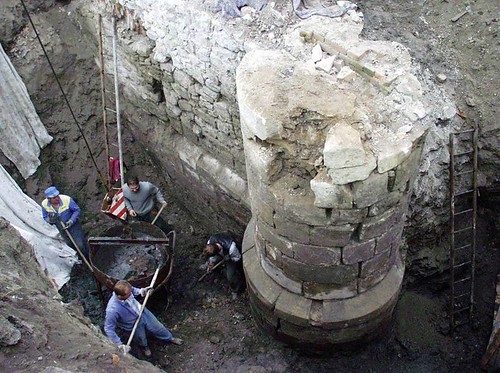 Archaeological research of the former Fischermen’s Gate was undertaken in 2001 during renovation works on Bratislava’s central Hviezdoslav Square. The medieval fortification was discovered in purist original form. The site was successfully incorporated into the architecture of the town’s central square close to the National Theatre and the Ganymede Fountain. This was undertaken only five months after the excavation, in close co-operation with the city authorities and sponsorship from construction companies.