The Forest of Saint Francis

“The Jury recognized this project as an excellent example of integrated landscape restoration, aiming to revitalize the extended portion of the forest which connects the renowned St. Francis Basilica with the ancient church of Santa Croce. The forest, (property of Fondo Ambiente Italiano – FAI) had suffered from lack of maintenance, but has now been re-cultivated thanks to the work of numerous volunteers. All the buildings inside the area have been restored with minimal intervention and are integrated into the life of the park, while the old paths have been re-laid for easy walking. The award underlined the important actions of FAI in helping official institutions in the safeguarding of Italian heritage.”

The Forest of Saint Francis spreads out from the historical centre of Assisi and is scattered with relics that tell the story of a land inhabited for centuries. This restoration project required detailed research into the landscape history, including a detailed survey of a pre-existing network of paths that highlighted two main historic tracks. The first leads from the square outside the Upper Basilica to the Santa Croce complex. The second takes the visitor to The Third Paradise, a new work of land art by the contemporary artist Michelangelo Pistoletto. The conservation and restoration of Santa Croce, dating back to the 13th century, included the church, its 16th century fresco, the ruins of the Benedictine pilgrim hostel and the mill. The medieval tower standing by glade of The Third Paradise was also restored and now offers a panoramic vista on Pistoletto’s uplifting work. 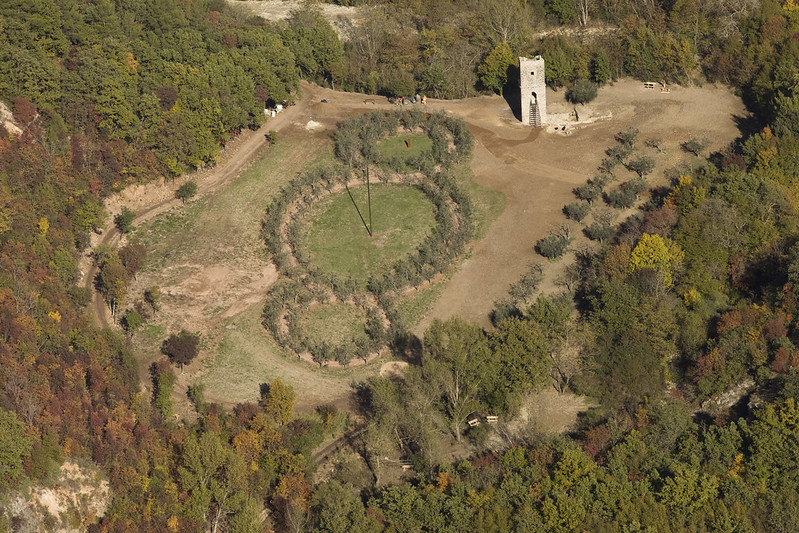