Former Ministers’ Cabinet of the Lithuanian Republic in Kaunas

The restoration of an 1890 building of the historical style of the Tsarist Russia period in Lithuania. The building is now serving as the University Rector’s Council, and has changed from a residence, to the government Minister’s Cabinet with representative apartments, and after 1945 a vocational school. 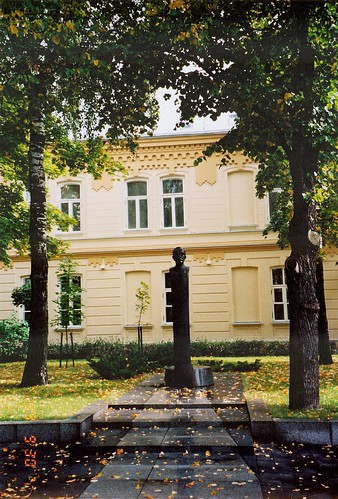 Structural repairs were made and authentic details and decorations restored but lost ones were not returned to just ‘beautify’ the whole, rather they were re-interpreted with modern details. Elements like the ceiling paintings, chandeliers, a tiled furnace and a cast iron staircase were restored. Great care was taken in restoring the facade, doors, in relaying the parquet according to original samples and in reconstructing wall decorations in the main staircase.

“For the well researched and complex restoration of a building of great national importance, with emphasis on the authenticity of its interior restoration.”