Military heritage is widespread throughout Europe but its potential for contemporary use is not always clear and can be difficult to determine. Such buildings are often left vacant for many years and in need of repurposing. Fort Kijkuit represents a fresh approach to dealing with this problem. The fort, located in the province of Noord-Holland was used as a military defence building until the Second World War, when new methods of warfare soon rendered it obsolete. Before the renovation project, the building had no obvious use and its condition worsened year after year. In 2013 Natuurmonumenten, the society for the protection of natural monuments in The Netherlands, took the initiative to protect Fort Kijkuit. 2015 saw the completion of the project which repurposed the site in a variety of ways: it is now home to a new office space for Natuurmonumenten, a tourist information centre, a lookout tower and several areas for passing cyclists and hikers to relax and enjoy the surrounding scenery.

“This is a successful reuse of a military building which is so often a challenge to heritage and conservation professionals, setting an example for future projects in similar sites. The contemporary architecture complements the original structure perfectly by using imaginative techniques to allow daylight into what could otherwise be a very impenetrable building. These interventions do not affect the original character and are tactfully incorporated. The project has put this important UNESCO World Heritage listed building back to good use”, the jury noted. 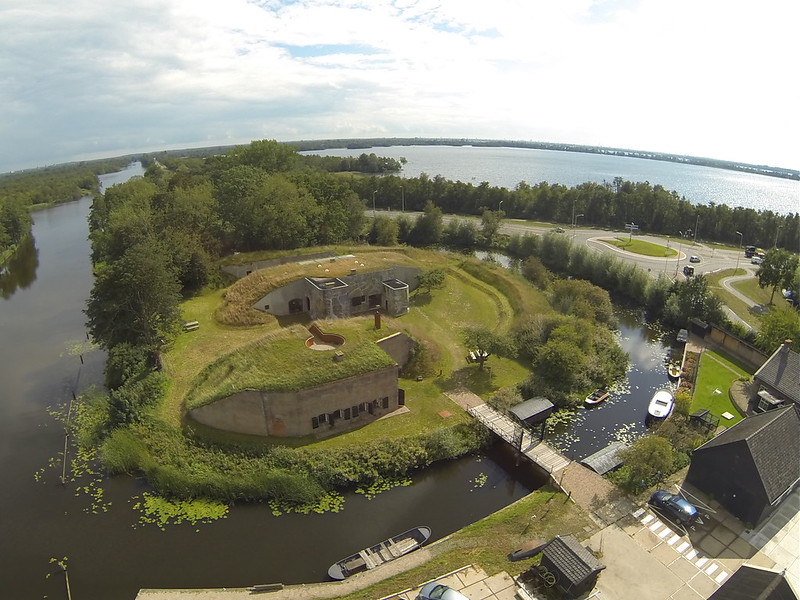 Fort Kijkuit is located in the middle of a nature reserve which has its own unique biodiversity, an element embraced by the conservation team, especially in the construction of the special lookout catering for the many visitors who come to enjoy the landscape. This is also reflected in the decision to leave the casemate unrestored and undisturbed, home to a large number of bats. The jury acknowledged that “the new restoration interacts well with the surrounding landscape and treats its situation within the nature reserve in a very fitting way. The work has also reopened this very memorable site to the public, allowing this important part of cultural heritage to be appreciated anew”.