“The Jury was impressed by the restoration of the fortifications of Pamplona, one of Europe’s best conserved bastioned enclosures and citadels. Since 2006 the municipal government promoted an important plan of action for recovering the entire fortification enclosure, opening it to the public and improving the surrounding area as a recreational site where cultural and natural heritage come together. The restored fortifications are no longer only a defensive wall, but have been transformed into a meeting place and a symbol of unity for the citizens and for the town itself.”

The fortifications of Pamplona, built between the 16th and 18th centuries, are a perfect example of the transition from the medieaval system to the Reinassance modernity in terms of military engineering, technical innovation and talent. Their decline began in the 19th century, due to artillery progress and demographic growth, which called for an extension of the urban grid; the demolishment of part of the city walls was regarded as a major event in Pamplona. 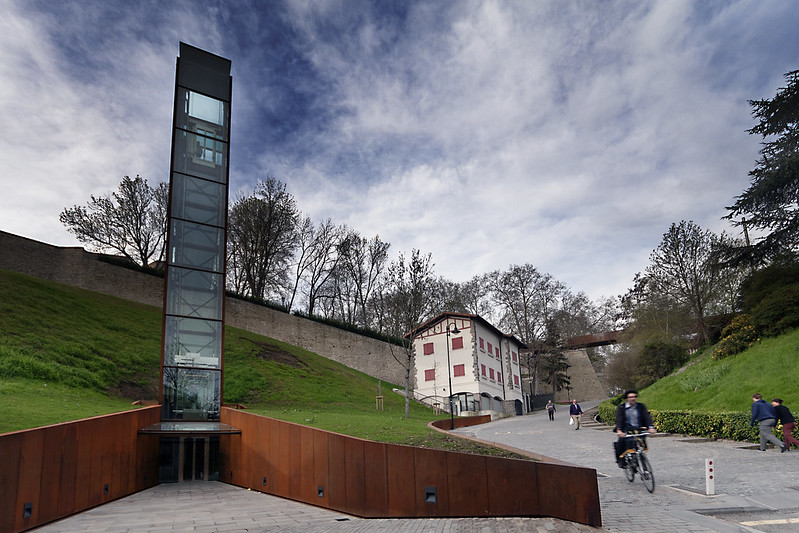 The plan is based on three major axes. Firstly, it is aimed at performing the specific conservation and restoration work the structure itself requires; secondly at functionally improving the environs in fields such as housing, facilities, public spaces and mobility-accessibility; and thirdly at revitalising the walled enclosure in order to highlight its historical and architectural value.
The example of the action taken on the fortifications of Pamplona demonstrates that it is possible to turn city walls – originally designed as a barrier – into a link between districts and a symbol of unity.