Fota means “warm soil”. Fota House is, for the most part, an early 19th century country house situated upon an island in Cork harbour, in the very South of Ireland. The estate comprises the house, walled gardens, an arboretum, orchard and a rare Frameyard, which consists of a series of glasshouses and associated bothies – these had fallen into disrepair once the estate was sold from family ownership in the mid 1970s.

When an independent charity, the Irish Heritage Trust, acquired the Fota estate in 2008, it set about planning a schedule of restoration and conservation for the house and Frameyard. This project was completed in 2011 and has been succeeded by a programme of training and access to all staff and a large and growing team of volunteers. The Frameyard has once again become an engine of the estate, where teams of volunteers work with staff and international experts to cultivate plants, flowers, fruit and vegetables for use on site and for sale to the public. The profits from these sales are invested directly back into the Frameyard for its expansion and towards the longer-term goals of other garden restoration projects; the short-term gain has been the fun and friendships made in the pursuit of group gardening. 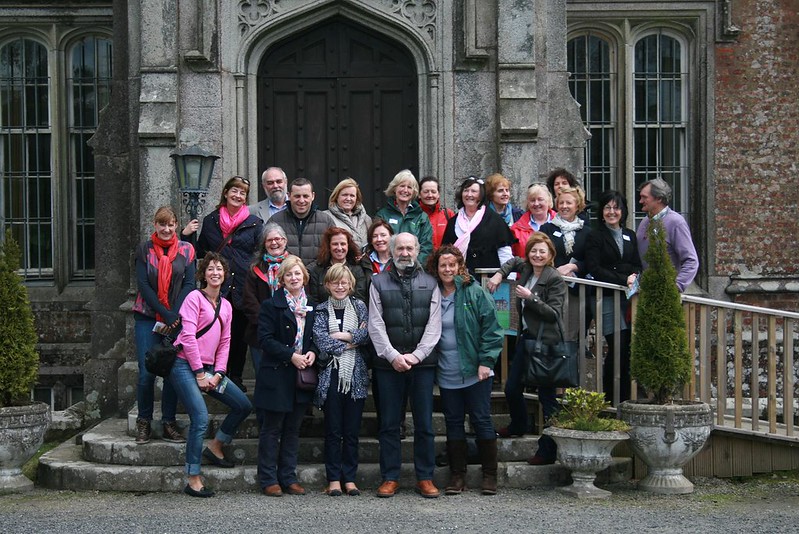 At Fota, the Jury especially appreciated the range of initiatives which stemmed from the decision to restore and re-use the Garden for future productivity and the public benefit. A huge network of local volunteers has been built up, playing their part in new horticultural and agricultural activities, which develop their own skills, produce items for sale in the short term, and provide benefit and profit to the estate as a whole. Moreover, the project stands out as an example of practical public volunteer involvement in a heritage project.